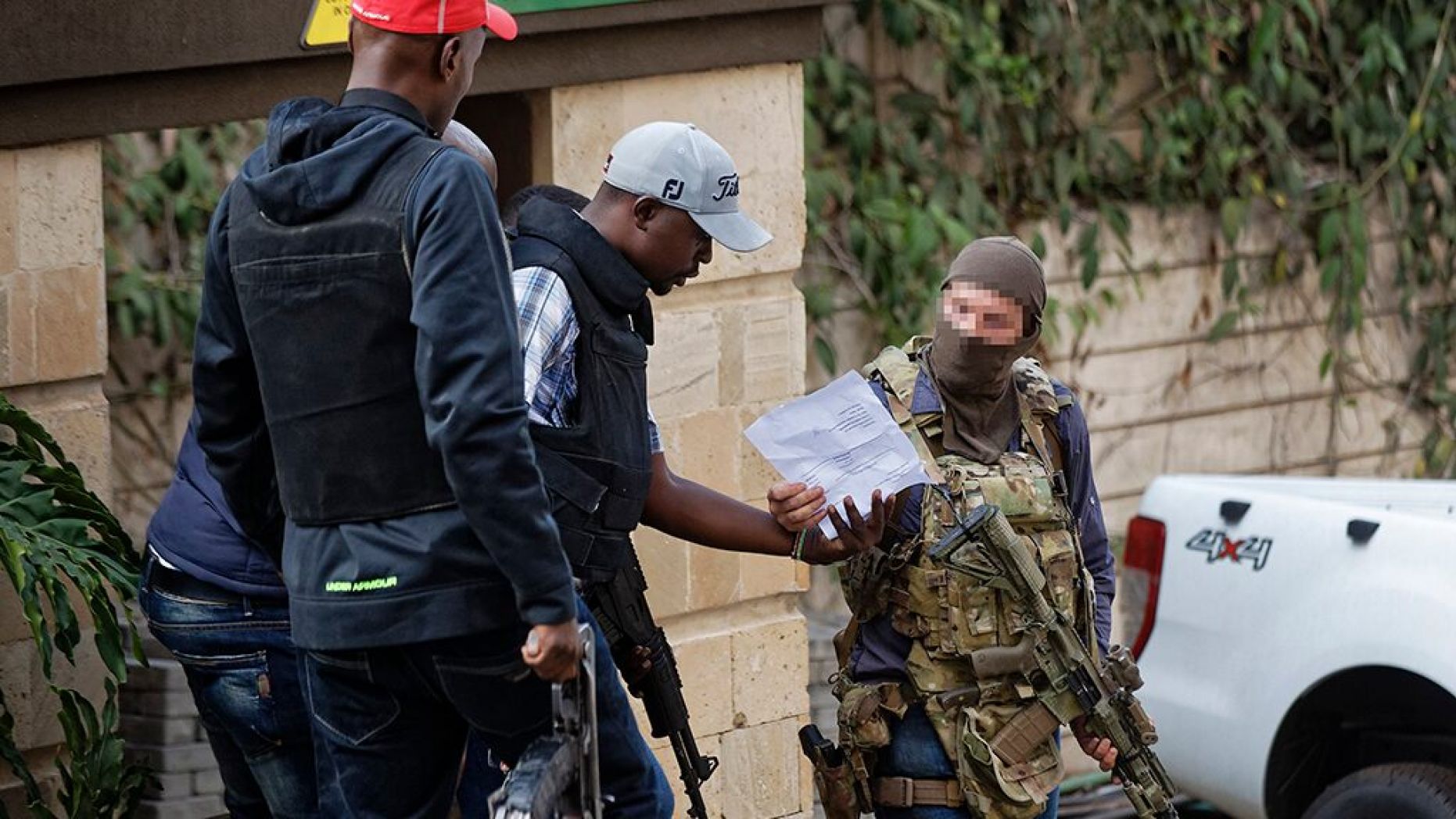 An unidentified member of Britain’s SAS discusses with Kenyan security forces before entering to clear a building at a hotel complex in Nairobi, Kenya Tuesday, Jan. 15, 2019.  (AP Photo/Ben Curtis)

In January 2019, four insurgents stormed a Hotel complex in the Kenyan capital city of Nairobi. Attached to a nearby Kenyan Military unit, an S.A.S. trooper was requested to support the Military / Police operation. In the proceeding hours, the S.A.S. soldier facilitated the rescue of many civilians

The “long-serving” member of the SAS – motto Who Dares Wins – was on a mission to train and mentor Kenyan Special Forces when four terrorists attacked a hotel complex.

After one detonated a suicide belt the remaining three went on a rampage, leaving 14 dead, including one American.