TikTok has really hit the nail on the head when it comes to engaging with the youngsters of the world. It might be a bit of a head scratcher for the older generations, but TikTok is no news to the teens of the world. 41 percent of TikTok users are aged between 16 and 24 (Globalwebindex, 2019).

TikTok has come out of nowhere and may take many people by surprise, i’m sure some of you find it hard to keep up with the latest social network trend, so this video will give you an idea so that you can claim to know what’s going on.

It has over 1.5 Billion registered users and downloads with  500Million active million users worldwide (Datareportal, 2019)

TikTok is one of the fastest growing social media platforms in the world which presents an alternative version of online sharing. It allows users to create short videos with music, filters, and some other features.

And while for many people TikTok seems to be filling a void left by Vine, there’s much more to it than just that. TikTok provides a platform for users to express themselves in a very creative way.

But what exactly is this mystery app that youngsters can’t seem to get enough of? Let’s take a look.

TikTok is an iOS and Android media app that can be used for creating and sharing short videos. It was initially launched as Douyin in September 2016, in China. The following year, in 2017, the app was launched by ByteDance for markets outside of China. TikTok and Douyin both use the same software, but maintain separate networks in order to comply with Chinese censorship restrictions. TikTok is available all around the world via the App Store or Google Play stores.

Some of you might be wondering why TikTok might sound oddly similar to Musical.lyin terms of what you do within the apps. And there’s a good reason why. In late 2017, TikTok’s parent company ByteDance, purchased Musical.ly. As a result of the merger, TikTok had smooth access to targeting the US teenage market which previously belonged to Musical.ly.

To give you an idea of what TikTok aims for as a company, their mission is “to capture and present the world’s creativity, knowledge, and precious life moments, directly from the mobile phone. TikTok enables everyone to be a creator, and encourages users to share their passion and creative expression through their videos.” In doing so, TikTok competes with giants like YouTube, Instagram, and Facebook that have either the backing of Google or Facebook.

What helps TikTok stand out among the competition is that it’s more of an entertainment platform, instead of a lifestyle platform. And what makes it so attractive is that practically anyone can become a content provider because of the simplicity of using the app. That’s why it appeals to so many content creators around the world.

Now that we understand what TikTok is, let’s dive into the top 10 TikTok statistics for 2019, and why knowing them can be useful for marketers around the world. If growth figures hold, this means the app is likely to be the third most popular non-gaming app of 2019, just behind WhatsApp and Facebook Messenger with 707.4 million and 636.2 million installs respectively. It will also rank ahead of social media giant Facebook itself and Instagram. Interestingly, of the five above-mentioned apps, TikTok is the only one that isn’t owned by the Facebook group.

TikTok is ‘only’ the third-most downloaded app on Google Play, behind WhatsApp and Facebook Messenger.

Much of TikTok’s 2019 downloads boost came from Asia, and more specifically, India.

In 2019 alone (as of November 2019), India was responsible for 277.6 millionIndia is followed by China and the United States with 45.5 million (7.4 percent) and 37.6 million (six percent) downloads respectively

How Much Time Do Users Spend on TikTok Daily on Average?When it comes to the daily time spent on TikTok, users spend an average of 52 minutes per day on the app (BusinessofApps, 2019). 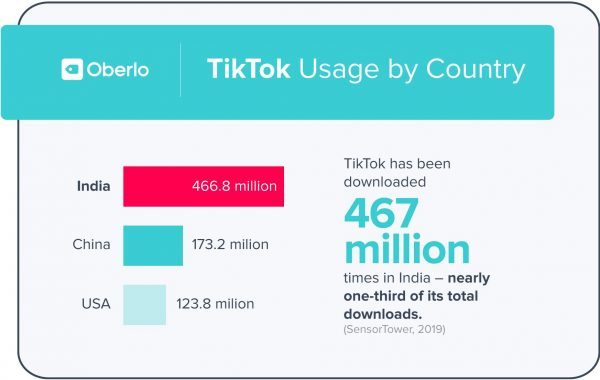 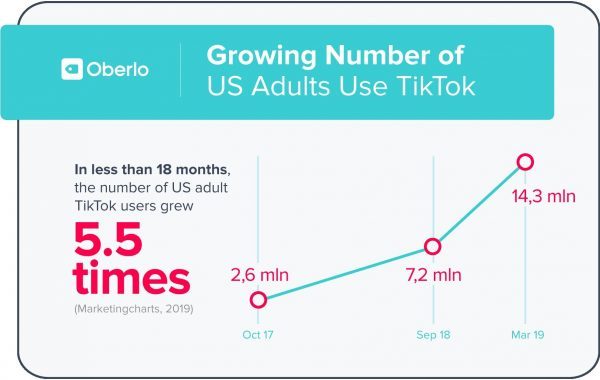 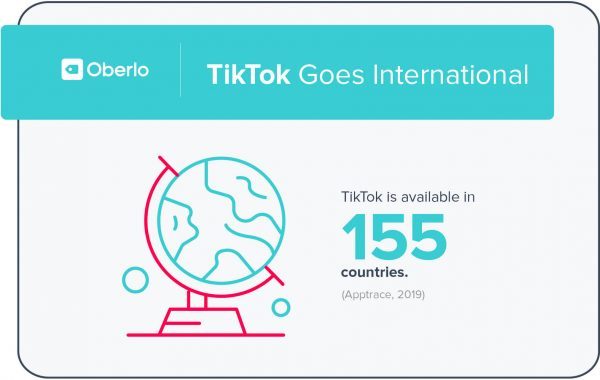 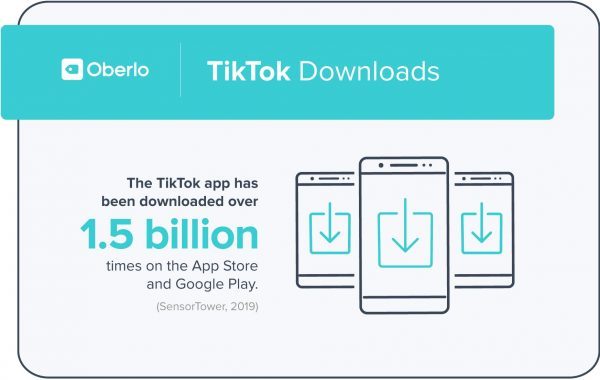 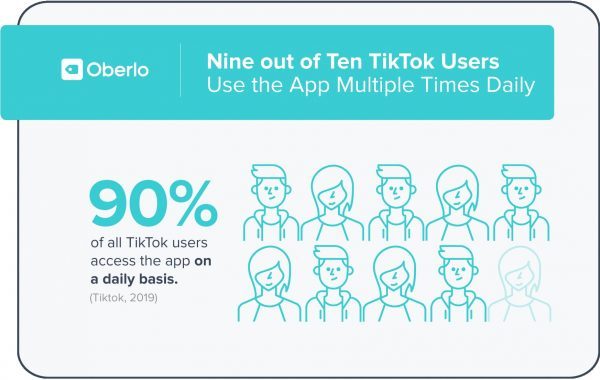 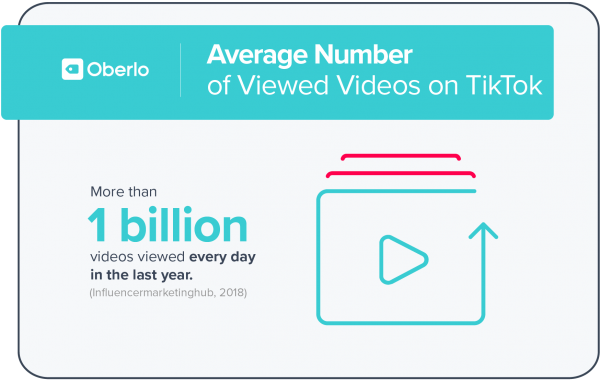 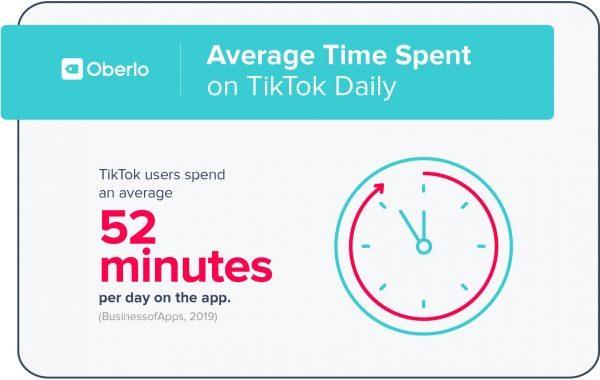 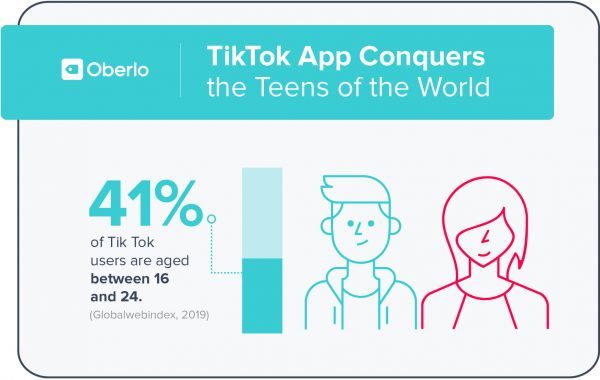