Sportpesa Files to Go Public on the Nairobi Securities Exchange

Sportpesa Files to Go Public on the Nairobi Securities Exchange

The Shareholders of SportPesa ~a sports betting platform.
{5 Kenyans, 3 Bulgarians and 1 American} 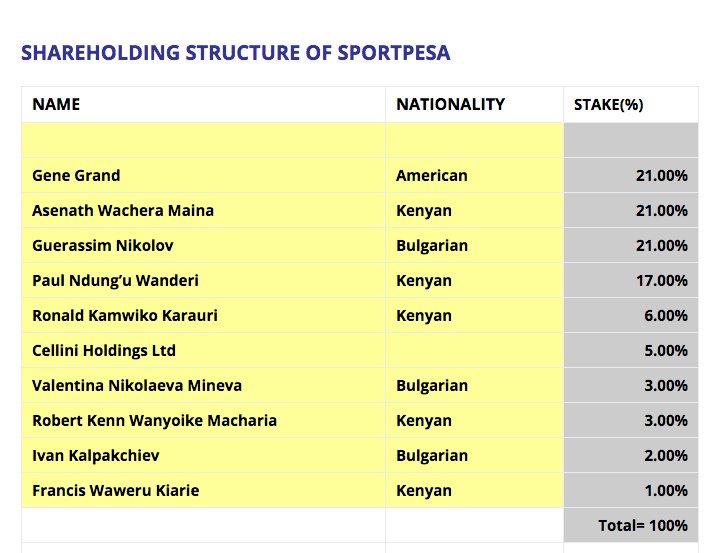 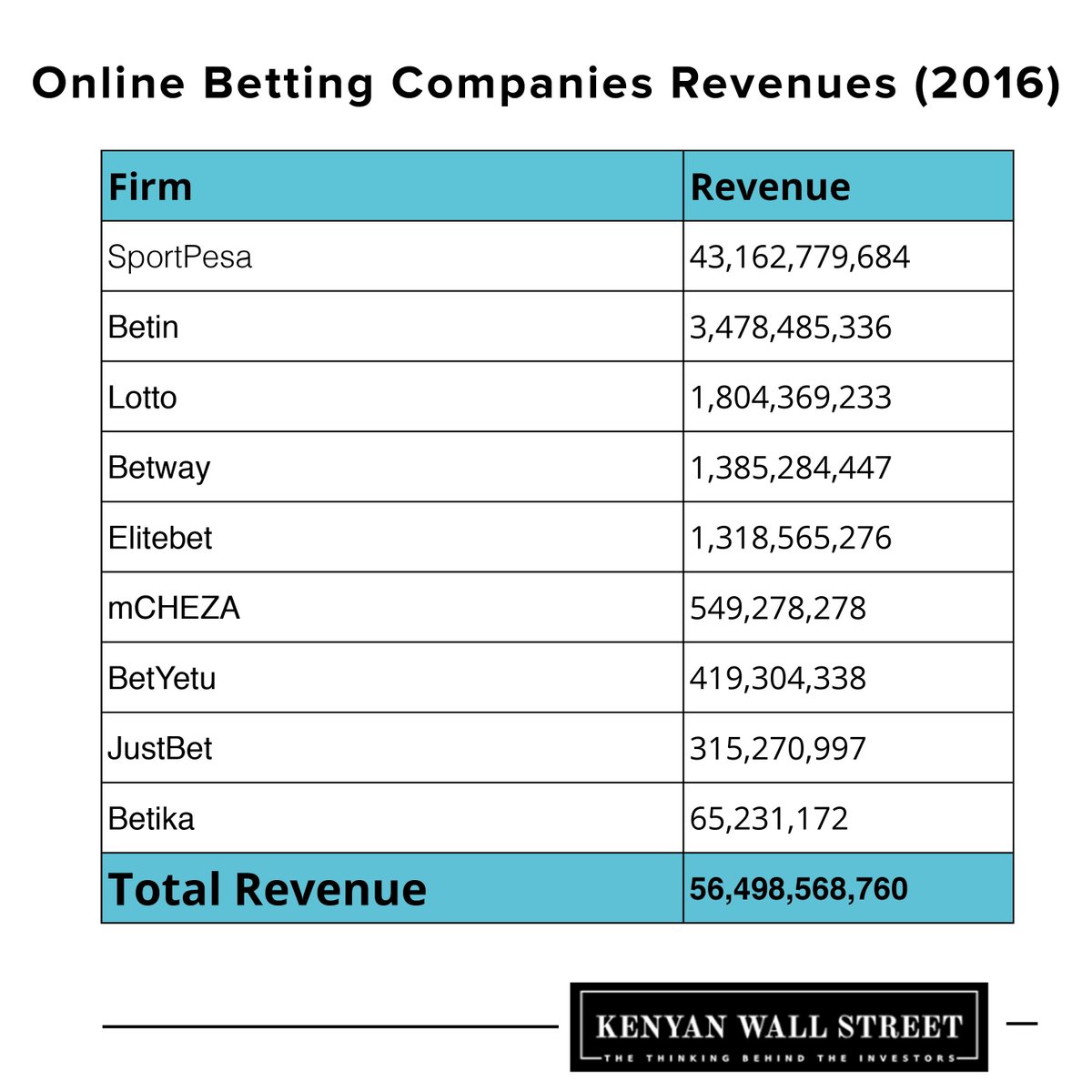 Sportpesa parent firm Pevans East Africa has reportedly hired Nairobi based stockbroker and investment advisor Kestrel Capital to examine listing opportunities at a time when online gaming and betting is thriving in the country.

Largest Online Betting companies in Kenya in Terms of Revenue (2016).

In 2016, the company’s CEO Ronald Karaururi announced plans to list on the exchange by 2018.

The company is owned by five Kenyans, three Bulgarians and an American national. Mr Paul Ndung’u Wanderi, a top Shareholder in some NSE listed companies has a 17% stake in the company. Here is the shareholding structure;

Sportpesa has been benefiting from the growing popularity of online gambling in Kenya over the past few years, growing into one of the region’s largest gambling operators. As at the end of the financial year ended 2016, the firm had a wagering turnover in excess of Sh 43.16 Billion Its closest rival BetIn Kenyahad a turnover of Sh 3.5 Billion during the period.

Sportpesa, launched in 2014 and is available in Kenya, Tanzania, South Africa, the Isle of Man, Italy and the UK and employs more than 500 individuals. The company currently has a number of global and international partnerships including four English football clubs – Hull City, Arsenal, Southampton and Everton.

On the Merging of U.S. Embassy Jerusalem and U.S. Consulate General Jerusalem

How finger length could reveal your sexuality

How finger length could reveal your sexuality