Secrets of US firm, diplomats and how it engineers business abroad 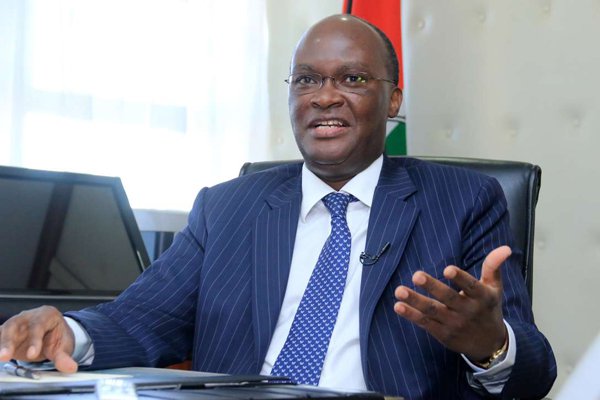 Transport and Infrastructure CS James Macharia. He did not say much on Bechtel International deal when he appeared before MPs. PHOTO | FILE | NATION MEDIA GROUP

Secrets of US firm, diplomats and how it engineers business abroad

The timing was perfect: some three days to the August 8, 2017 General Election — when everyone was focused elsewhere — Craig Albert, the President of US construction company Bechtel International, announced that he had secured a Sh300 billion deal to build the proposed Mombasa-Nairobi expressway.

Because of the heightened political atmosphere that followed the election, few people got to know about the single-sourced multi-billion 450-kilometre project.

Nobody questioned whether it was value for money — and even last week the National Assembly’s Transport Committee invited Treasury, Transport ministry and roads agency officials to discuss how the country intends to finance the project.

Transport Cabinet Secretary James Macharia did not say much, too, when he appeared before the committee — and for those who follow the story of Bechtel, there probably isn’t going to be more than we have heard.

Everyone seems to be in the dark and the red flags keep popping up. If you have read John Perkins’ The Secret History of the American Empire: Economic Hit Men, Jackals, and the Truth about Global Corruption, re-read the chapter on Bechtel: Bolivia and water wars.

The author, who also wrote Confessions of an Economic Hitman, describes Bechtel as a member of the US corporatocracy — a term used to refer to an economic and political system that is controlled by corporations or corporate interests.

Bechtel is without doubt a respected company and it says as much. It sits at the top of US engineering firms that are usually handpicked for sensitive engagements. But even with that, it is the combination of diplomacy and business prowess that works for it.

Ever since its founder, Warren Bechtel and his son Steve, became part of the 1930s consortium that built the Hoover Dam, regarded as “mankind’s most massive masonry structure since the Great Pyramids”, Bechtel has had a history of big projects thanks to “its deep and longstanding ties with the power centres in Washington,” according to the New York Times.

The company always attracts political insiders as its advisers and as part of a business strategy. As New York Times reported in 1982, Bechtel’s Chairman Stephen D. Bechtel had the habit of picking individuals with “experience at high levels of government”.

For instance, Caspar W. Weinberger, who was Secretary of Defence (1981-1987) in President Ronald Reagan’s administration, was recruited to Bechtel in 1975 when he resigned from the Gerald Ford administration.

George Shultz also resigned as Treasury Secretary in 1974 to join Bechtel and stayed on until he resigned in 2009. He was Reagan’s Secretary of State between 1982 and 1989 even as he worked for Bechtel.

At the moment, David Welch, the man in charge for Africa, Europe and Middle East, was a former US ambassador to Egypt from 2001 to 2005 before he joined this behemoth described by the Boston Herald as a “secretive, politically-wired, family-controlled company.”

To build the new Nairobi-Mombasa expressway, Bechtel — which has been working on the proposals for two years — does not want Public-Private-Partnership which would force it to raise funds from the financial markets.

Instead, the Americans want the Kenyan taxpayers to enter into a loan agreement with the US Export-Import (Exim) Bank and the Overseas Private Investment Corporation (OPIC) for with these, its profits are guaranteed.

What we know is that in 2016 the American government agreed to support the building of the road on condition that Bechtel was awarded the contract.

That is the reason why there were no known tenders for the project — and perhaps why Kenya is being sweet-talked to take a loan from OPIC, a US agency founded in 1971 by President Richard Nixon.

It is only when you start looking at the politics behind OPIC that you begin to get the full picture. When President Donald Trump was campaigning, he had proposed to scrap it but after taking power he appointed Dallas businessman and Republican fundraiser Ray Washburne to run it as part of the National Security Strategy, which mentions development finance as part of Washington’s bipartisan policy.

Last month, OPIC was merged with USAID’s Development Credit Authority to create a new Development Finance Institution (DFI) which will help American businesses compete in emerging markets and play a larger role in US foreign policy, especially the protection of its interests.

Trump’s idea is to have a strong institution that would counter Chinese push in Africa — and give American companies a competitive edge, or simply put, a chance to make money in emerging economies by exerting commercial influence abroad.

And that could be the reason why Bechtel is suggesting that Kenya sign a loan guarantee with OPIC whose other mandate is to offer risk insurance against terrorism, coups and expropriation.

Some conservative think tanks in Washington, including the Heritage Foundation which President Trump relies on, had previously written policy statements that asked the administration to stop insuring private businesses, such as Bechtel, to get tenders abroad.

“If a US business wants to invest in an emerging market, it can approach a bank or another private lender, or it can use its own resources. Similarly, if a company wants to invest in an unstable foreign country, it can purchase private political risk insurance, which pays off in the event of loss due to war or expropriation,” the think tank suggested last year.

Bechtel loves to protect its image.

“The company’s public relations stance is aggressive, even hostile, toward critical news reporters and authors,” writes Sally Denton, the author of The Profiteers: Bechtel and the Men who Built the World.”

The author says that when Ralph King, a former banking reporter for the Wall Street Journal, wrote a 4,700-word exposé on Bechtel that was published in a San Francisco magazine, company spin masters promptly ran a background check on him, “searched internal phone and email records in an attempt to find who was leaking information to him, and charged that the story was inaccurate and unbalanced.”

Bechtel has constantly denied that it gets its contracts by playing politics, saying the company “engages in the political process legally, openly and appropriately…The implication that Bechtel wins business or succeeds in a highly competitive marketplace through political connections is misguided and false,” Sally Denton’s book quotes the company statement.

And that is not the only author who has tried to unravel the story of Bechtel. In 1988, Laton McCartney published Friends in High Places: the Bechtel Story — The Most Secret Corporation and How it Engineered the World. Bechtel did not like the book.

“The first thing they did was get a copy of the book and demand corrections…when the publisher stood behind its author, Bechtel then obtained a copy of McCartney’s publicity schedule and every time McCartney was on live radio interview show, someone from Bechtel would call in to lambast him.

After the publisher refused to back down in response to the company’s threats, Bechtel published a fifteen-page alternative edition entitled ‘The Real Story’,” Denton says.

But even with that, there are myriad of stories about diplomats and Bechtel. Take the recent case of Kosovo where the company was given a contract to build an expressway, similar to the one proposed for Kenya.

To the surprise of observers, Christopher Dell, the US ambassador to Kosovo, who lobbied for the construction of the $1bn road, and who helped Bechtel secure the lucrative contract, would later take up employment with the company as Africa country manager.

Dell would later be accused by Pieter Feith, the senior EU diplomat in Kosovo, of pushing through the deal and called for an inquiry.

“Feith accused Dell of withholding information about the Bechtel contract, and lobbying Kosovo to agree to what he describes as an ill-advised deal with a US company, which placed enormous pressure on the fledgling country’s budget,” The Guardian wrote.

“It is routine for Western ambassadors to push the business interests of companies from the countries they come from. But it is unusual for a former diplomat to land a job with a major corporation after using their sway to secure lucrative government contracts.”

Feith wondered why the US was pushing an “impoverished, nascent country” to undertake such a huge infrastructure project, arguing that the money could be spent for other projects.

But in its reply, Betchtel said that “one of the roles of US ambassadors is to promote American business interests. Chris spent more than 30 years as a public servant, and any suggestion that he acted inappropriately or otherwise failed to meet his responsibility as a public servant is both unfair and offensive.”

For Kenya, we are told that the new expressway will have four lanes and 19 interchanges. Also, it is likely to be a toll road.

But before CS Macharia and the Treasury commit us to yet another loan — they need to answer this question: why on earth are we still single-sourcing for a road construction project?

Secrets of US firm, diplomats and how it engineers business abroad Reviewed by samrack on March 26, 2018 .

Share thisFacebookTwitterPinterestEmailWhatsAppTransport and Infrastructure CS James Macharia. He did not say much on Bechtel International deal when he appeared before MPs. PHOTO | FILE | NATION MEDIA GROUP   Secrets of US firm, diplomats and how it engineers business abroad The timing was perfect: some three days to the August 8, 2017 General Election —