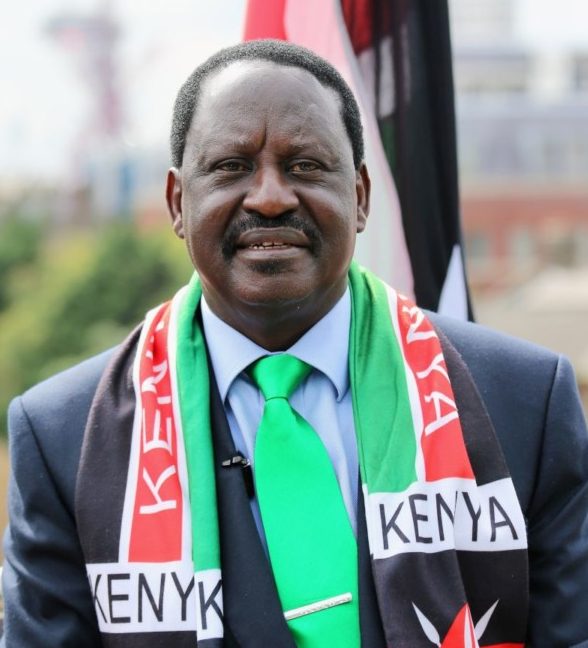 Former Prime Minister Raila Odinga now wants the country to adopt a three-tier government that will see the formation of 14 regional blocs. Raila told delegates at the ongoing fifth devolution conference in Kakamega it was time the country revisited the structure of governance to address the issue of economic viability of counties.

This is the latest proposal by the Opposition leader to change the Constitution and bring back issues left out from an earlier draft constitution (Bomas), which divided Kenya into 14 regions, each made up of several districts. “It is time to recover this original spirit. My proposal is that we adopt a three-tier system that retains the current counties, create regional or provincial governments, and retain the national government with a very clear formula for revenue sharing,” Raila said in his keynote address at the conference.

He said as currently constituted, counties are not attractive to investors due to their sizes and this has put their long-term viability to question. He said the intention was to create units with the size and population that made them economically viable. Avoid fake news! Subscribe to the Standard SMS service and receive factual, verified breaking news as it happens. Text the word ‘NEWS’ to 22840 “As a matter of lasting solution to the problems posed by the sizes of economies of devolved units, I want to propose to this forum that we need to bite the bullet and revisit the structure of devolution,” he said. Bloated government But the proposal is set to make worse an already bloated government given that his plan is to retain the counties as they are, but have another layer of government between them and the national government. Other proposals such as scrapping the Senate or reducing the number of counties have been met with resistance and it appears this proposal would be the most acceptable, given that it preserves the jobs of governors and senators.

Raila said counties should continue strengthening the economic blocs that they are currently forming to address the challenges facing them. There are economic blocs formed by 14 counties in the lake region. Other blocs have come up in the north and coast regions. Raila said there was also need to review the relationships between the existing regional development authorities and the county and national governments. He said there was need to reform laws on governing the public-private partnership, the special economic zones and export-processing zones, among others, to help counties.

“Counties should not simply rely on getting locally generated revenue through licenses, rates and fees. The real difference in revenue generation will only come from improved productivity,” he said. Raila said the existing pay structure in the counties had made it difficult for the devolved units to attract high caliber employees.

Raila: Corruption killing devolution “Because of this, policy papers are wanting in some counties and many governors lack quality advisory services. There seems to be a genuine need to have counties attract quality staff without necessarily increasing cost.”  Counties were challenged to find alternative ways of generating additional revenues and boosting their tax base to help attract and pay for the services of high quality employees. The former premier said there was too much confusion in the management of the road sector, with counties clashing with the national Government on road projects. He accused the national Government of laying claims to most roads yet doing nothing to maintain them. Raila pointed out corruption in the counties as one of the biggest threats, saying it was eating devolution from the inside out. “Governors and the county public services continue to be accused of self-enrichment. Too many governors are viewed with suspicion by voters and many are under active investigations by the EACC. “There is nepotism and cronyism in counties, and too many counties are failing to come up with pro-youth programmes,” he said. Raila said there was an elaborate network of county assembly speakers, leaders of majority, county chief executives, county works supervisors and county clerks, among others, whose main agenda was to make money through county projects. “The officials have the capacity and audacity to paralyse, delay and stall development projects,” he said.   ALSO READ: Devolution plays critical role in fostering national unity Ward representatives and their county speakers were also accused of conflict of interest by being the contractors while purporting to be carrying out oversight roles. He said some governors have had to bribe MCAs to have their cabinets approved. Raila said there were counties that were yet to form full cabinets because of the standoff between governors and the ward representatives. “Members of county assemblies are constantly on so-called bench-marking and team building trips that are essentially acts of bribery by the executive to have their agenda approved,” he said. Raila said the best way to stop perceptions of corruption in the counties was for the EACC to conduct objective lifestyle audits of county government officials.
Read more at: https://www.standardmedia.co.ke/

Raila proposes creation of three-tier State Former Prime Minister Raila Odinga now wants the country to adopt a three-tier government that will see the formation of 14 regional blocs. Raila told delegates at the ongoing fifth devolution conference in Kakamega it was time the country revisited the structure of governance to address the issue of