‘No health without mental health’:Kenya’s mentality 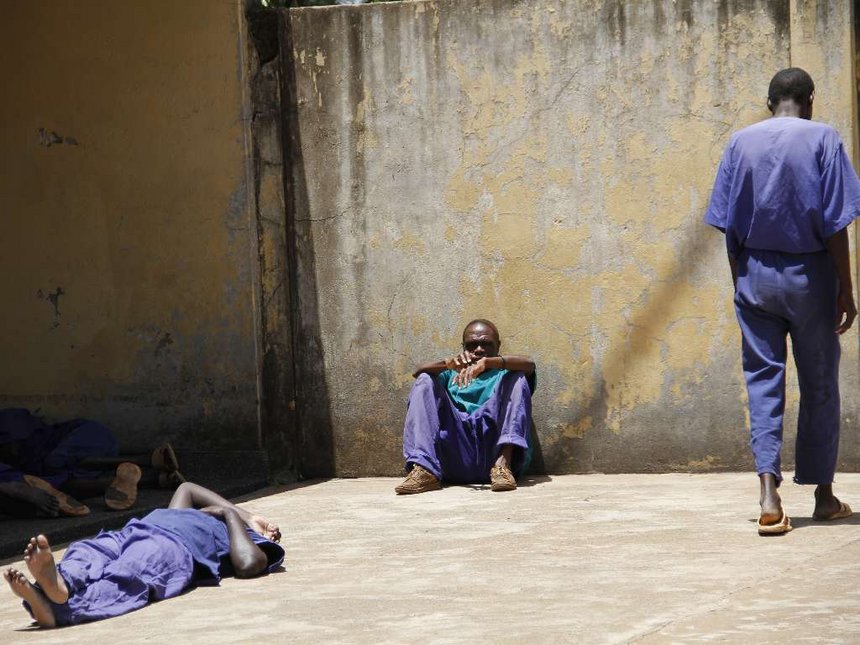 Mentally ill people outside their wards at Mathari hospital in Nairobi during a visit by the National Assembly Health committee, February 23, 2016. /MONICAH MWANGI

‘No health without mental health’:Kenya’s mentality

Bizarre incidents have become commonplace across Kenya. Bizarre because they range from children committing suicide to wild attacks between couples arguing over minor issues and crimes of passion that look like scenes from movies.

Ruth Kamende, for instance, has been called Kenya’s “hottest convict” after winning the 2016 Miss Lang’ata Women’s Prison pageant. She is a real ‘slay queen’.

Kamende allegedly stabbed her boyfriend 22 times on September 19, 2015, sending him to an early grave.

She allegedly got enraged when she found out that 24-year-old Farid Mohammed had been keeping love letters from his high school girlfriends. She was also angry that he had hidden his HIV-positive status from her and attempted to force her to have unprotected sex. Bizarre? Yes. Was her mental health status questioned at the time of the crime? Yes.

Men and women have also shot their lovers to death – at close range and sometimes multiple times – on suspicion that they were unfaithful. In October 2016, an officer of the elite Recce Squad shot his lover 53 times after she reportedly told him she was leaving him to marry someone else. He then turned the gun on himself.

Some of those who have committed ‘unthinkable’ offences have blamed the devil or spoken of hearing voices that convinced them that their actions were in order.

In May 2014, Joel Olusala told a Nakuru court that “the devil led him to sodomise his five-year-old son for more than a year”. Mental checks were ordered, as is expected in any court case.

According to Harvard Health Publishing, auditory hallucinations occur in about 60 to 80 per cent of patients with schizophrenia.

“These voices tend to be unfriendly or hostile, offering unwelcome commentary about the patient or a situation. Less often, they may command the patient to do something.”

Patients say they can be similar to the voices of their friends or relatives.

The vast majority of Kenyans, however, believe mental illness is caused by evil spirits or witchcraft. Sufferers face stigma which hinders them and their families from seeking medical attention.

In addition, there is a dramatic shortage of mental health specialists and neurologists – there are only 12 neurologists, most of them practising in Nairobi, Kisumu and Mombasa.

Still, the promise of accessible and affordable mental health services is elusive as the Mental Health Bill 2014 is yet to be enacted.

Joan, a 62-year-old, does not think there is anything wrong with her behaviour but her children are worried.

Her son Jack says: “She is not the same. She does not care about much,” and adds that loneliness, following the separation from her husband and her retirement from her day job make matters worse.

Joan spends most of her time at home as she did not opt for another job after retiring.

A diagnosis has not been made as she has not seen any specialist but Jack suspects she is suffering from a bipolar disorder.

“Her moods fluctuate, leaving her unreasonably angry sometimes. She also repeats stories to us, forgetting that she had already told them,” he observes.

Jack, who has been reading on mental illness out of concern for his mother adds: “She also has a strange group of friends. They are not her peers. It’s almost as if she wants to control them.”

In a phone interview on March 23, Dr Catherine Mutisya, a psychiatrist, noted there is no health without mental health as as wellness is all-round.

“Almost everybody goes to school and with the revision of the curriculum, I am hopeful that mental health studies will be included,” she said.

In the case of Jennipher (real name withheld), anxiety is killing her but she cannot talk about it with her friends or family.

“They would not understand me. They would dismiss it as a white person’s problem,” she says, so when she has anxiety attacks, she applies all the tricks she has mastered to calm herself.

“My case is not as bad as those of other people. But I cannot talk about it so I often wonder if I am overreacting.”

According to Harvard Health Publishing, “anxiety is a reaction to stress that has both psychological and physical features.

In the short term, anxiety prepares us to confront a crisis by putting the body on alert but its physical effects can be counterproductive, causing light-headedness, nausea, diarrhea, and frequent urination. And when it persists, anxiety can take a toll on our mental and physical health.

To deal with these attacks, options include talking to a therapist, taking drugs and joining support groups.

But in Kenya, much like in many parts of Africa, little attention is paid to mental illness and where instability manifests traditional remedies are applied.

Dr Mutisya is of the view that many Kenyans do not understand mental disorders while Dr Macharia Njoroge from Users & Survivors of Psychiatry in Kenya (USP-K), notes it should be anything but laughable.

He advocates for better understanding and the need to challenge the cultural, religious, racial and ethnic stereotypes about mental health.

“There also is need to empower persons with mental disabilities to tell their stories and the media to tell these stories in a different way.”

Another case that shook Kenya was that of serial killer Philip Onyancha, whose trial is ongoing. In a chilling videotaped confession presented in court during a 2015 hearing of the case, Onyancha detailed how over a five-year period, he lured unsuspecting women and killed them before he was arrested in 2008.

He was charged with strangling two women and a nine-year-old boy before drinking their blood.

Onyancha had been found mentally fit for trial but senior assistant DPP Moses Omirera later asked the court to commit him to life in an asylum for the criminally insane.

On April 5, the court ordered a fresh trial saying Onyancha should have been charged as a mentally ill person.

Dr Mutisya notes increased cases of depression, domestic violence and substance and alcohol abuse as some of the reasons for worry and advises that people look out for changes in moods, behaviours and thoughts.

“We need to ensure those in need have access to treatment that is affordable and put more effort in education,” she says.

The doctor also notes that mental wellness is three-part; dealing properly with stressors, contributing to society and relating well with others.

She stresses the need to manage stress levels and offer counselling and medication as preventive measures, rather than waiting to cure an illness when it is at its worst.

Dr Njoroge advises people to look out for withdrawal from responsibilities, lack of appetite, excess fear or anxiety, delusions and lack of self care as some of the symptoms of mental illness.

In May 2016, the-then Health CS Dr Cleopa Mailu reported that at least one in four Kenyans had a mental illness but did not know it. In addition, Kenya had only 80 psychiatrists and 427 psychiatric nurses at the time.

Dr Njoroge says Kenya is yet to allocate enough money to comprehensive mental health care and that financial commitment lacks.

But the main goal of the 2015-2030 policy is to attain the highest standard possible by strengthening goernance and ensuring comprehensive access to care.

The policy does not give figures but says Kenya will stick to the World Health Organisation standards of financial allocations at national and county levels.

Mental health did not feature prominently in the budget summary for the 2017/18 financial year but health as a whole was allocated Sh54.9 billion.

Enact Mental Healthcare Bill 2014 and ensure it is compliant with The Convention on the Rights of Persons with Disabilities (CRPD).

Increase funding and provide alternatives to medical treatment, such as peer support groups.

“The best practice would be to respond to mental disorders like one would to any other emergencies such as accidents. The person, however, should be handled with dignity and adequate information about them provided,” says Dr Njoroge.

‘No health without mental health’:Kenya’s mentality Reviewed by samrack on April 26, 2018 .

Mentally ill people outside their wards at Mathari hospital in Nairobi during a visit by the National Assembly Health committee, February 23, 2016. /MONICAH MWANGI ‘No health without mental health’:Kenya’s mentality Bizarre incidents have become commonplace across Kenya. Bizarre because they range from children committing suicide to wild attacks between couples arguing over minor issues