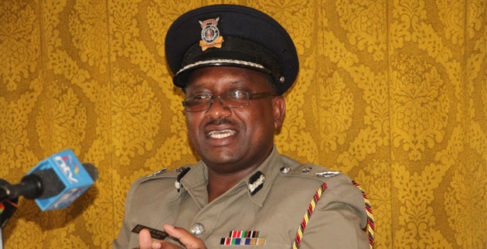 The Nairobi County Police Command has denied involvement of its officers in an incident that led to the death of a seven-year-old boy in Embakasi on Tuesday.

Nairobi Police Chief Japheth Koome, said in a statement Wednesday evening that the unfortunate incident was the work of “unknown persons – and possibly criminals.”

“Contrary to media reports, there is no such police camp in Embakasi area known as Tassia AP Camp,” Koome said in the statement.

Koome also denied having dispatched officers along Outer Ring Road where the incident occurred saying a security team was instead dispatched to Jacaranda Grounds where the Opposition National Super Alliance (NASA) had planned a meeting to coronate its leader Raila Odinga as “the People’s President” in a parallel event to President Uhuru Kenyatta’s inauguration at the Moi International Sports Centre, Kasarani.

“There were police operations to deal with rioters around Jacaranda Grounds and its environs in Donholm, about five kilometres away,” he said.

“The unfortunate incident of the shooting is under investigation,” Koome however assured.

According to multiple media reports, the boy identified as Geoffrey Mutinda was hit by a stray bullet while playing on a balcony at an apartment block adjacent to Outer Ring Road.

“The child was playing on the balcony when I had a gunshot. Suddenly the boy fell on the floor and the first thought that came to my mind was that he had fallen as a result of shock,” Phyllis Amera, a neighbour who witnessed the incident told a TV station on Wednesday.

“I picked the boy so that we could rush him to the hospital but he suddenly slipped from my hands and I realised he was bleeding. He had a gunshot wound,” Amera recounted.

Mutinda joins a growing list of minors who have died in unclear circumstances during political skirmishes since the August 8 General Election.

Battles between NASA supporters and the police have often resulted in the loss of lives.

On November 3, Kenya National Commission on Human Rights (KNCHR) reported that 12 persons had lost their lives between October 25 and Election Day (October 26) with another five deaths having been recorded between October 2 and 16 during anti-IEBC protests in Kisumu and Siaya.

According to KNCHR Chairperson Kagwiria Mbogori, a minor and 11 males aged between 18 and 45 years were among those who died in the reported period, which also recorded 60 injuries.

“The Commission is still investigating cases of more deaths and injuries and these numbers are likely to rise,” Mbogori stated at the time.

The KNCHR released a publication in October dubbed “Mirage at Dusk – A Human Rights Account of the 2017 General Election,” in which the commission highlighted the controversial deaths of now renown six-month-old baby Samantha Pendo, a seven-year-old Fred Omondi and eight-year-old Stephanie Moraa whose lives tragically cut short in election-related violence that pit Opposition protesters against the police.

On November 13, the Independent Policing Oversight Authority (IPOA) released a report on the status of the investigations into the murders.

IPOA subsequently forwarded among others, case files of Samantha Pendo and Stephanie Moraa for review by the Directorate of Public Prosecutions.

Police deny killing 7-year-old, blame unidentified criminals The Nairobi County Police Command has denied involvement of its officers in an incident that led to the death of a seven-year-old boy in Embakasi on Tuesday. Nairobi Police Chief Japheth Koome, said in a statement Wednesday evening that the unfortunate incident was the work of “unknown persons