Photos: President Uhuru Kenyatta has announced 3 days of mourning upon the arrival of the body of Mama Lucy Kibaki 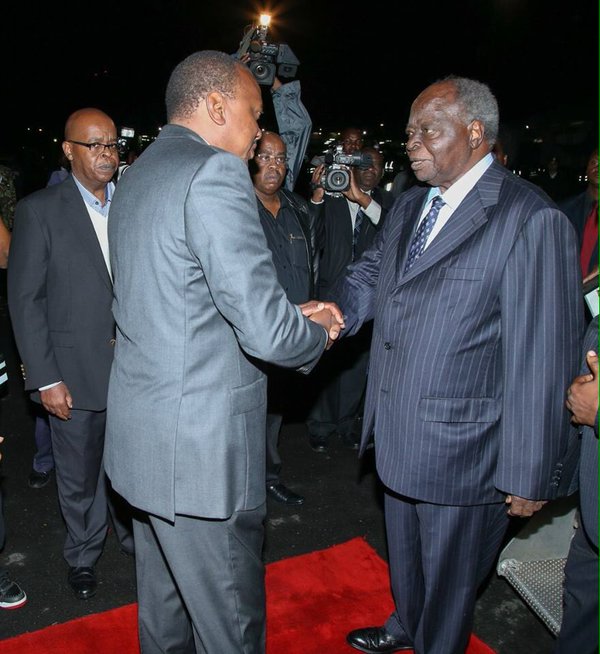 The Kenya Airways plane bearing Mama Lucy Kibaki’s remains has touched down at the Jomo Kenyatta International Airport. Former president Mwai Kibaki was aboard the plane which touched down early Sunday morning. President Uhuru Kenyatta was at the airport to receive the remains accompanied by the First Lady Margaret Kenyatta and a host of national leaders. 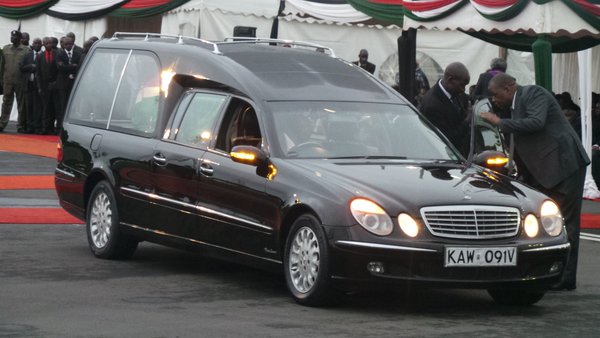 Members of the Kibaki family were also present, led by Jimmy Kibaki. Hundreds of mourners braved the early morning chill and impending downpour and turned up at the airport to receive the departed First Lady. Mama Lucy breathed her last in Bupa Hospital, London, on Tuesday having been transferred there from Nairobi for further treatment after being hospitalised for some time at the Getrude’s and Nairobi hospitals. 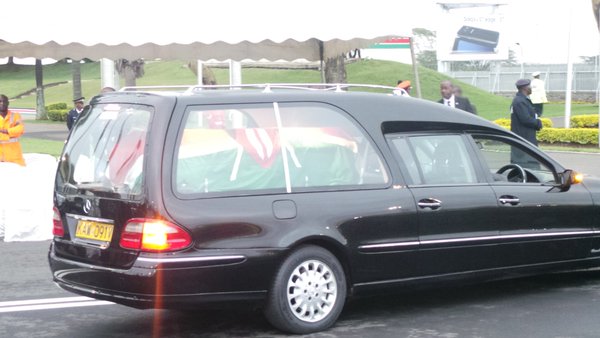 President Uhuru Kenyatta has announced three days of mourning upon the arrival of the body of Mama Lucy Kibaki. According to government spokesman Eric Kiraithe, condolence books are available at Harambee House, Parliament, KICC, Holy Family Basilica, Consolata Shrine Westlands and all the 47 county headquarters and many Kenyans have already flocked to the centres to pay glowing tribute to the departed former First Lady. 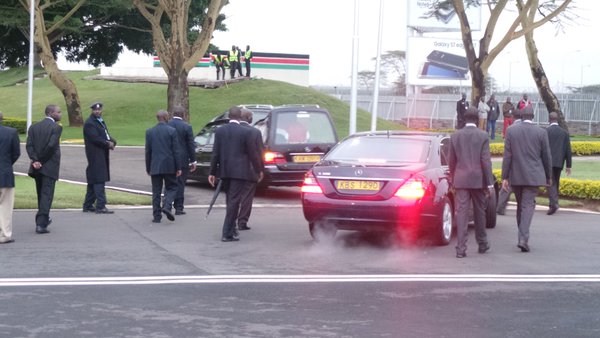 He also said a national working committee has been constituted comprising members of the Kibaki family and Government officials to ensure the former First Lady receives a befitting send-off. 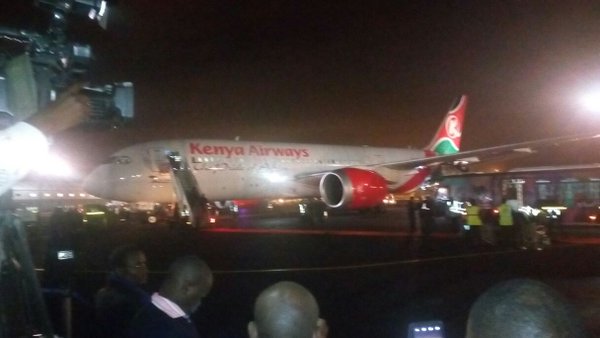 The arrival of the body of the former First Lady 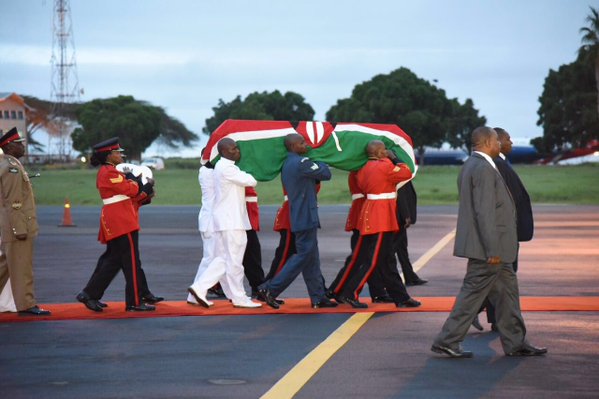 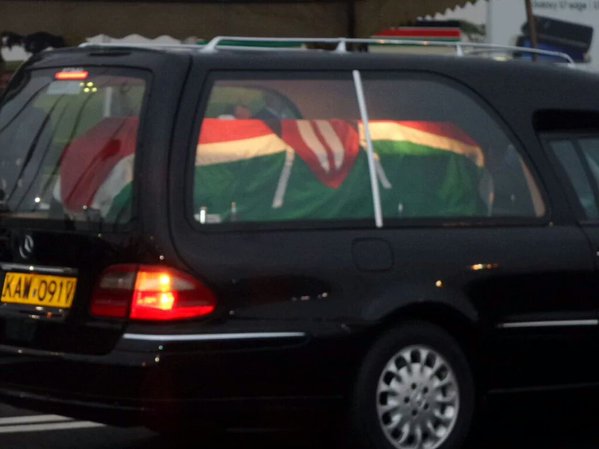 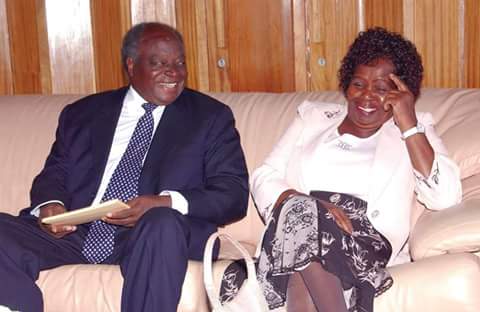 Photos: President Uhuru Kenyatta has announced 3 days of mourning upon the arrival of the body of Mama Lucy Kibaki Reviewed by samrack on May 1, 2016 .