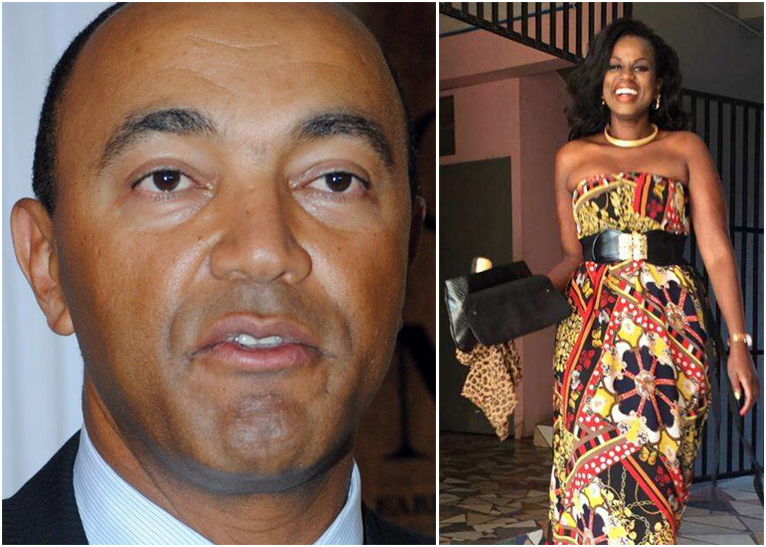 Nairobi gubernatorial aspirant Peter Kenneth on Sunday, April 23, revealed that he was a close friend of musician Madtraxx’s sister, Dr. Njeri Muigai, and had even planned to have a lunch meeting with her, but sadly Ms Muigai passed on a few days before the two’s slated meeting could take place.

Dr. Njeri Muigai, who was eight-and-a-half months pregnant, passed away on Monday, April 17 at her mother’s home in Ridgeways, Nairobi.Dr. Njeri’s mother found her lying on the bathroom floor unconscious. Dr. Njeri was rushed to a Nairobi hospital, where she was pronounced dead on arrival. Her unborn baby, too, did not survive.

On Sunday, during Dr. Muigai’s funeral mass held at the Ridgeways Baptist Church in Nairobi, Peter Kenneth, who was among hundreds of mourners present, eulogised Dr. Muigai as an “academically gifted” woman, who “brought life to any group that she was part of”.

“I met Dr. Muigai a few years ago through a friend, who is a senior doctor at the Nairobi Hospital. He was her supervisor then. We would invite her over for a few of our lunch meetings, and one thing that stood out in Dr. Muigai is that she would – effortlessly – bring life to our meetings. Besides her lively demeanor, she was such an analytical woman,” said Peter Kenneth.

“Recently, my doctor friend and I had planned for another lunch meeting with Dr. Muigai. Sadly, that did not happen as she died two days to the date set for the meeting. On the day that she passed on, unknown to me, I was still arranging for our meeting, only to receive a phone call from my doctor friend informing me that Dr. Njeri Muigai had died,” said Peter Kenneth, evoking sadness among mourners.

“She played a key role in the decision reached by KMPDU officials and the Government during the 100-day doctors’ strike in the country. She understood the needs of Kenyan doctors, and was cognizant of the Government’s financial concerns during our stand-off.

“Her business expertise; given her educational background, and experience in providing healthcare services to Kenyans, proved valuable to both parties (doctors and Government). She helped broker a deal between both parties,” said Dr. Oluga.

Nairobi County Deputy Governor, Jonathan Mueke, said he had known Dr. Muigai for over ten years and all through, Dr. Muigai’s wisdom was exceptional.

“I am a few years older than Dr. Njeri but I when I was planning to plunge into politics, I would seek her counsel from time to time. She is such an exceptionally smart woman,” said Mr Mueke.

Dr. Muigai’s ex-schoolmates at St. George’s Girls’ High School eulogised her as an outstanding persona, who always topped her class.

Dr Njeri Muigai was laid to rest at her parents’ home in Gatanga Constituency, Murang’a County on Monday, April 24.

Despite the impact of her daughter’s sudden death, Dr. Muigai’s mother, during the burial, said she had come to terms with her demise.

Share thisFacebookTwitterPinterestEmailWhatsAppPhoto Courtesy Peter Kenneth’s revelation at Madtraxx’s sister funeral mass evokes emotion Nairobi gubernatorial aspirant Peter Kenneth on Sunday, April 23, revealed that he was a close friend of musician Madtraxx’s sister, Dr. Njeri Muigai, and had even planned to have a lunch meeting with her, but sadly Ms Muigai passed on a few