Over 10 cleared to face off with Uhuru as independents 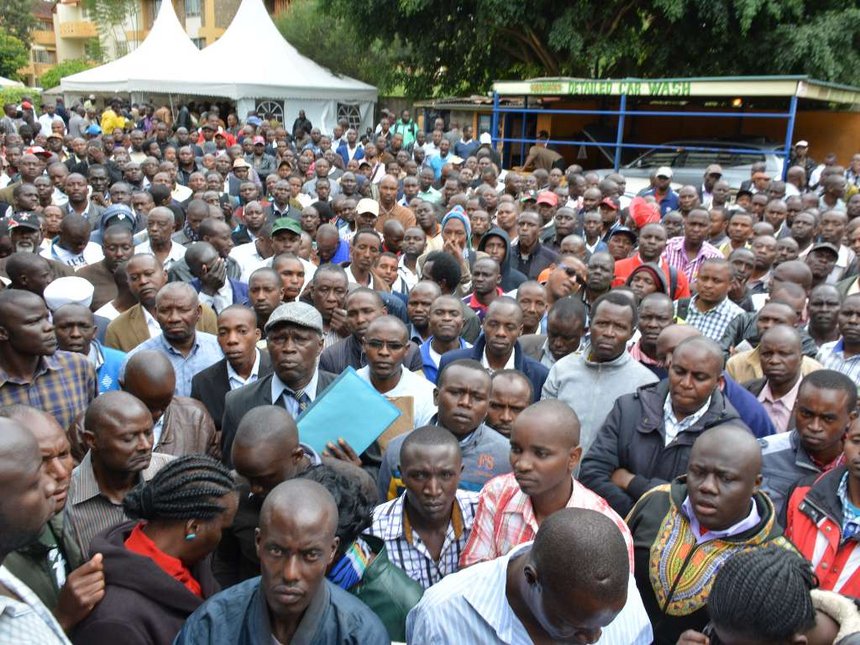 Over 10 cleared to face off with Uhuru as independents

More than ten people were cleared by the political parties registrar to vie as independent presidential candidates during the August polls.

Ex-Cooperative Development minister Joe Nyagah had also declared he is vying as an independent candidate.

The Star is yet to verify the status of his clearance to seek the top seat.

By Monday, 27 people were cleared to vie as governors while another 215 were given the nod to seek MP posts.

The number is likely to go up since more candidates were still queuing for clearance as late as 6pm before the May 8 deadline elapsed.

“We expect to go up to midnight due to the numbers we are having at the moment,” Joshua Ngala, the registrar’s Communication Officer, said.

The list seen by the Star has no name of Jubilee governors who lost in the recent party primaries.

Funyula MP Paul Otuoma and West Mugirango’s James Gesami are among those cleared to seek the governor seat.

Otuoma will fight it out with ODM’s Sospeter Ojaamong’ in Busia while Gesami will go for Nyamira governor against incumbent John Nyagarama.

The list further reveals that most candidates who applied to vie as independent candidates are from ODM and Jubilee Party.

“Our role is to check if the potential candidates do not belong to other parties and if their symbols are not in conflict,” Ngala said.

Ngala said 30 will contest for senator positions across the country, 13 for woman representative, and 1,659 for MCAs.

“We will issue a statement with the finer details the entire list is compiled. For now, we are still receiving the applications.”

IEBC, on its twitter handle, said: “By Monday morning we had 3,880. We will process and publish details.”

In 2013, a paltry 350 sought clearance to run for seats as independent candidates.

Over 10 cleared to face off with Uhuru as independents Reviewed by samrack on May 8, 2017 .