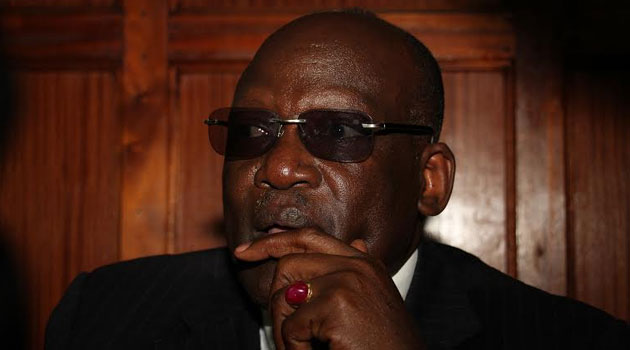 Machakos Senator Johnstone Muthama will not defend his seat over what he terms as a culture of impunity and dictatorship in Kalonzo Musyoka’s Wiper Party.

Though he was to be given a direct ticket, Muthama says he is out of the race because instead of promoting democracy, the party is entrenching a trend where the voice of dissent is repressed.

“There is no way I can be celebrating while my people are suffering,” he told Capital FM News in a phone interview in reference to the party primaries, where his close associates lost.

Muthama is specifically angered with Wavinya Ndeti’s Wiper gubernatorial candidature in Machakos County, where he describes her as an “outsider” who has been treated disproportionately at the cost of the rest of the party members.

“I cannot persevere anymore with Wavinya or Mutua (incumbent) as a Governor,” he said.

Wavinya was formerly in Chama Cha Uzalendo (CCU) as party leader before she joined Wiper, where she was initially given a direct ticket, but a nomination was later held after Machakos Deputy Governor Bernard Kiala sought the courts intervention. He was however trounced.

Senator Muthama also accuses the party of carrying out a shambolic nomination exercise in Kitui and Makueni Counties that were allegedly marred by massive irregularities that saw some of the senior party leaders “rigged out.”

Though he has quit elective politics, he says he will energetically campaign for NASA presidential flag bearer Raila Odinga.

Muthama admitted he did not consult Kalonzo Musyoka before taking the drastic move saying,”he is not my political advisor.”

He said even Kenya’s founding father Mzee Jomo Kenyatta, the Kapenguria six and Nelson Mandela “served their people while they were in prison. You don’t have to be elected.”

“I want to prove to Kenyans that it is possible to be a great leader and even serve them without being elected,” he asserted.

He wondered, “how would the party subject its Chairman David Musila to a nomination exercise with the Governor Julius Malombe?”

Musila, who lost the primary to Governor Malombe has since left the party and decided to vie as an independent candidate.

He also accused the party of rigging him out in favour of the incumbent.

Senator Muthama said as a member of the party since it was founded, “I have given my utmost best both in ideas and resources. I have decided to see its consistent survival and progress.”

“We wanted it to live up to the democratic element in its name so that everybody no matter their level of income or poverty, their religion or race, or any other qualification could exercise their democratic rights through it.”

Muthama, an ardent supporter of the former VP missed during the launch of the National Super Alliance at Uhuru Park, saying he was engaged in other matters.

National Assembly Minority Leader Francis Nyenze had also earlier urged the Wiper Party leader, “to put his house in order because we have serious problems.”

He cautioned that the party risks being overtaken by others in the region.

Share thisFacebookTwitterPinterestEmailWhatsAppMuthama dumps Kalonzo’s despotic Wiper, won’t seek re-election Machakos Senator Johnstone Muthama will not defend his seat over what he terms as a culture of impunity and dictatorship in Kalonzo Musyoka’s Wiper Party. Though he was to be given a direct ticket, Muthama says he is out of the race because instead of promoting