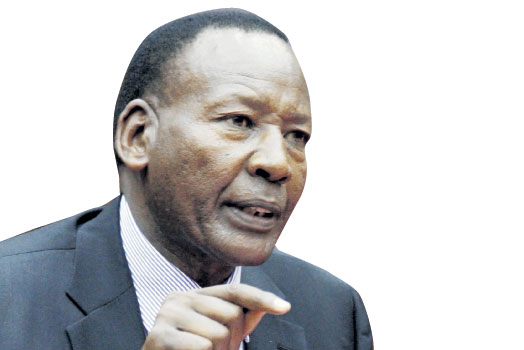 Nine security and administrative officers in Garissa have been interdicted after investigations revealed that they not only failed to prevent the April 2 terrorist attack but also bungled the operation.

Interior Cabinet Secretary Joseph Nkaissery said that following the terrorist attack, a preliminary probe on the conduct of individual police commanders and administrative officers was undertaken by a team from his office and that of the Inspector-General of Police.

The team was to inquire into the performance of respective security committees responsible for the coordination of security in Garissa County and the northeastern region as a whole.

“After perusing the reports of the two teams, I am convinced of the need for thorough investigations into the terrorist attack on the Garissa University College to establish possible criminal culpability of individual officers or relevant security committees.

He said that to facilitate an independent investigation into the Garissa terrorist attack, he had interdicted Mr Munyi and Mr Miiri.

Mr Ongombe was found to have withdrawn a metal detector from the Tana Bridge without consulting the sub-county security committee.

The departments headed by both Mr Yego and Mr Kimanzi were found to be riddled with corruption, and that they deliberately failed to tame it.

He added that the police boss had appointed an investigating team that will work with the office of the Director of Public Prosecutions to carry out investigations and take necessary steps as soon as possible.

He warned all security officers to take their work seriously, saying that they would be held to account.

“Each and every one of them will be held personally accountable for the acts of omission or commission that endanger the lives and property of Kenyans,” he warned.

The minister, however, defended his actions and justified his flying to Garissa very early in the morning.

“The response was proper. The chopper we took to Garissa could only carry four people. I wanted to be on the ground,” he said.

The report on the probe revealed that most of the senior commanders were not within the county despite earlier reports that the place was likely to be hit.

The university college was a likely target since it was mainly frequented by a non-Muslim population.

The police boss has also been directed to award the entire Recce squad team and four officers who were guarding the college.

Nine security and administrative officers in Garissa have been interdicted after investigations revealed that they not only failed to prevent the April 2 terrorist attack but also bungled the operation. Northeastern Regional Coordinator Ernest Munyi, Garissa County Commissioner Njenga Miiri and seven senior police officers were on Tuesday interdicted over the attack that claimed 148