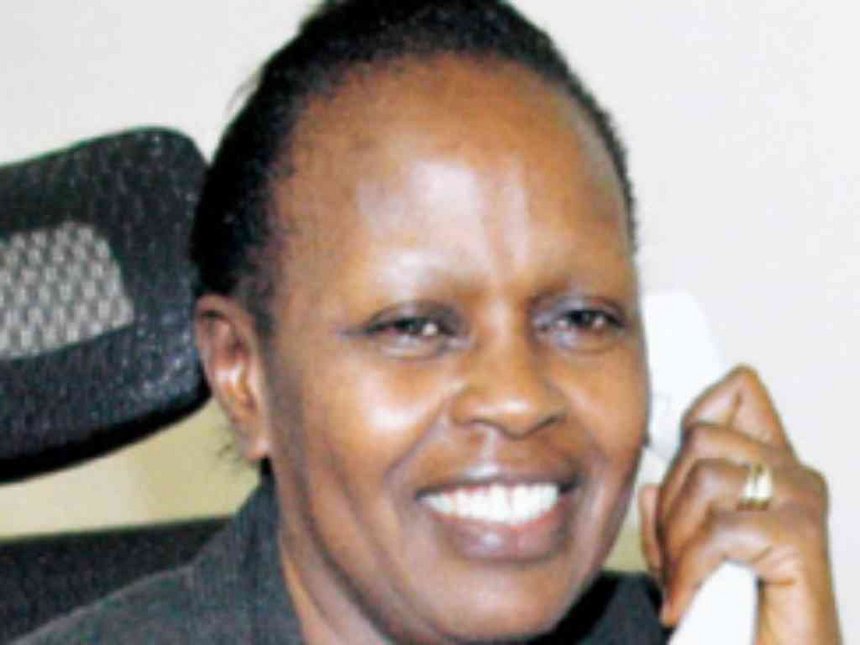 The team is directly supervised by Uhuru’s young brother Muhoho Kenyatta, who is answerable to the President and DP William Ruto.

“We are ahead on digital but again we had to retain our earlier campaign team and recruit new experienced personnel as well as noble talents to remain on top of the game,” JP National Steering Committee member Joseph Maathai told the Star.

Expert comment: How business as usual was ODM’s undoing at 2013 polls

In addition, several powerful businessmen are on the resource mobilisation team reporting to Muhoho.

They include a controversial top banker, a flamboyant media mogul and an industrialist.

Gitau was secretly retained to manage the campaign after she resigned under pressure as Uhuru’s political adviser in August. This followed accusations by Ruto that she fixed him by lining up prosecution witnesses at the ICC.

The court dropped the case and last week but reported Kenya to the court’s governing body for noncooperation.

Gitau runs day-to-day campaign activities for Uhuru. She is streetwise and has immense experience in governance and management of election planning and projects.

Gecaga is the link between the team and the Deputy President. He was brought on board since Gitau and Ruto have a tense relationship because of reports about her role building the ICC case against the DP. She has denied any involvement.

Gitau was directly involved in recruiting the tech-savvy team in charge of two powerful units operating in secrecy within the campaign machine.

These two units are the most intriguing aspect of the operation. They are said to include Britons, Americans and Kenyans who have lived overseas.

The overarching team includes both Team Uhuru and the two mysterious units, however, Team Uhuru is the only organisation visible to the public.

Most officials and members from Team Uhuru 2013 are retained. Others on Team Uhuru were Nexus employees in the DP’s office.

Nexus is a government news agency disseminating positive articles about the Jubilee administration. It is headed PSCU director of Public Communications Munyori Buku. It is referred to in political circles as “the 36 bloggers’.

“Unlike our competitors, we are prepared and ready for campaigns. The President’s good record on development speaks for itself,” Maathai said.

The team is to move to the former TNA offices next to State House before November.

JP National Steering Committee co-chairman Noah Wekesa said, however, there was no official Team Uhuru as yet and no secret units working on Uhuru’s behalf.

“We have not set up any team to help in the campaigns and anyone campaigning for the President is a volunteer. We are not paying them,” he told the Star last Thursday on on the phone.

However, although Team Uhuru is the public face of the campaign, multiple sources tell the Star the two powerful units operate independent of the team and exercise power over the 2017 campaign machinery.

Roles of the two secret sections are vague, information about them is scarce and Team Uhuru doesn’t know much about them. There’s a lot of speculation.

The Star has learnt that only four individuals from the two units are in contact with specific Team Uhuru officials.

The two operate advanced equipment with servers and boosters at undisclosed locations. They are supported by research and investigations departments.

Members avoid identifying themselves and mostly pose as friends of State House officials.

The units operate from Upper Hill, Kileleshwa, Runda and Lavington. Their members live in high-end estates and keep moving from apartment to apartment, avoiding public scrutiny, as well as any monitoring by the opposition.

The list of delegates at the Jubilee Party launch on September 10 was developed by the two sections. They were identified as influential people at the grassroots who would go home and shape opinion afterwards.

The units have acquired the passwords for Team Uhuru equipment, campaign websites and converged systems. They have independent servers with full access to the Team Uhuru ICT operation at Jubilee Party headquarters on Thika Road. Some sensitive information can only be accessed by the mystery units. Team Uhuru cannot access the two units.

Team Uhuru’s ICT Centre develops apps, online software and recruits new members — and carries out work assigned to them by the units.

The units will have access to the diaspora Jubilee registration and other party activities overseas.

The units have come up with code names for the operations, venues, key people.

In 2013, Uhuru was code-named Pork, for President of the Republic of Kenya. The DP was Bill. Team Uhuru office in Lavington was called the Seventh Floor.

When the delegates list was developed, a betting firm associated with two senior officials on the team was outsourced to pay the delegates. A good number of delegates complained they were not paid the agreed amount.

The 300 youths also hired for the event were not paid in full.

Former UoN Chairman Zack Kinuthia headed the payment process with an operation desk based at JP office, despite not being a member of Team Uhuru or a TNA official.

He was said to be taking instructions from undisclosed quarters, not Nancy Gitau.