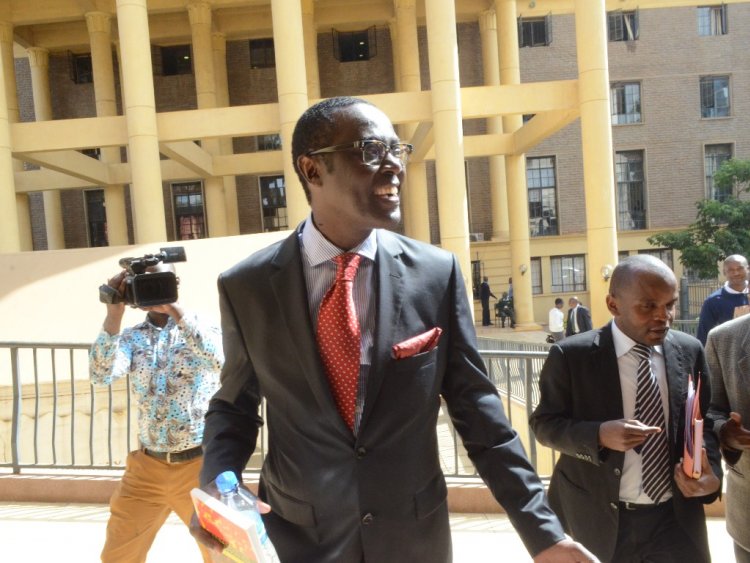 Political analyst Mutahi Ngunyi and journalist Mwaniki Munuhe have said they will sue NYS scandal suspect Josephine Kabura for mentioning them in her affidavit.

Ngunyi denied any involvement in the Sh791 million NYS scandal and knowing Kabura, who claimed he was present when she allegedly met former Devolution CS Anne Waiguru.

“I have never met one Josephine Kabura Irungu. I also cannot defend Waiguru because our relationship was clinical and my strict brief at NYS was to restructure, not to fight corruption cartels,” he said.

Ngunyi added in a statement on Tuesday that he will cooperate with Ethics and Anti-Corruption Commission officials in investigations.

“I will record a statement with EACC in order to clear my name and once I am done, I will sue Kabura and set auctioneers on her to raise money for damages,” he said.

Munuhe’s lawyer demanded, in a letter to Kabura’s representatives, a retraction of her statement and an apology by 5pm Wednesday failure of which a suit will be filed.

“We note that in mentioning our client adversely, your client neither makes the slightest effort to provide any substantiation of the damning and serious allegation, nor any attempt to verify the accuracy of the aforementioned defamatory statement.”

“By reason of your client’s infounded and unwarranted accusations, our client has been severely and adversely injured both in his personal and professional standing.”

In the affidavit filed at Milimani law courts on Monday, Kabura, whose account received the NYS money, said Ngunyi, who worked as a consultant for NYS was present when Waiguru called her and several other people for a meeting at her Runda home.

Kabura said Waiguru had been working with media personalities since her appointment into government and had met two in Runda.

“At the Runda meeting, other gentlemen joined in. They included Mwaniki Munuhe and Kamore Maina whom she introduced as her media gurus and who have good connections in media,” her affidavit read in part.

that she had been working with these media personalities since she joined the government. She also instructed me to give Munuhe the sum of Sh10 million for purposes of propaganda and to assist clean my name.”

The Star  defended Maina , who is an investigative journalist.

Waiguru dismissed Kabura as a “crazy woman” whom she has never met and came to know about only after the scandal broke. But the EACC on Tuesday  reopened investigations in the National Youth Service scandal following the claims in the affidavit.

Nandi Hills MP Alfred Keter said the EACC secretariat  should be disbanded for failing to properly investigate the scandal. Keter further said Waiguru should face criminal action and  refund public money “looted by her and under her watch”.