Mudavadi: I would Have Made A Better President

by samrack
in Africa, Kenya, News, People, Politics
A A
0

Aardvark 2: A side-look at conservation in Kenya

The judgement of success or failure by the Jubilee administration has to be understood in the context of it being the first government to work in an environment of a new constitutional infrastructure whose complicity, I must admit, it appears to have least grasped. The approach has been out of nascent experimentation than out of educated conviction.

That maybe the reason why public perception is convinced that Jubilee governance is more about appearances than substance despite scoring in some aspects. Jubilee missed on the cardinal rule that you cannot achieve much in the second half if you don’t lay the foundation in the first half of a term. I have my reasons.

On security, Jubilee government inherited sporadic insecurity situations and spotlights compounded by a decayed security infrastructure. It is alarming that insecurity in all its facets – inter-ethnic and border conflicts, banditry and terrorism, corruption – has escalated for the worse. This has been compounded by acceleration of terrorism that has morphed from an erratic external to a malignant internal threat.

The increase of velocity in acts of insecurity arises because Jubilee knew the security system was dysfunctional – stalled police reforms, corruption, inter-agency rivalry, low morale – but was unexpectedly hesitant on direct action to confront the lapses. Unfortunately, half-hearted and disjointed reaction due to public pressure rather than deliberate informed decisions to inspire reform was too little and came too late.

Conviction was lacking. The politics of sibling rivalry and checkmating in decision making as bond to occur in coalitions over election spoils spilled over and has affected security management leading to lethargy and inertia. I’ve been asked what I would’ve done to contain insecurity.

My promise in the Amani manifesto was to keep politics out of security matters. It was my promise that while we appreciate the place of the law of might instruments in response to insecurity, the fundamental causes and manifestations were to be addressed. The manifesto devotes a whole chapter to social security – ethnic and economic integration, access to education, health, training, food security, employment – as the basis of security in Kenya.

That is why we committed to have a ministry of national cohesion and social development to promote effective co-existence amongst communities by implementing the spirit and letter of devolution; therefore enhance capacity of security institutions to relate to the public.

Apart from completing police reforms and reforming the security system architecture, I would’ve strictly implemented the County Policing Authority with enhanced powers for intelligence sharing. Indeed, Amani wanted to empower the Inspector General to undertake independent reviews of the ethics within the police service to deter corruption in the manner in which business outsource the audit function. Jubilee has scored poorly on nation integration and cohesion.

The Constitution recognises ethnic diversity and its nurturing as the roadmap to integration. It provides the mechanisms for ethnic and regional inclusiveness in governance. I will keep reminding the President that public appointments are a resource to be shared.

I do this as a patriotic citizen and as is required of him in Article 130 that demands “the composition of the national executive SHALL reflect the regional and ethnic diversity of the people of Kenya”. The national executive is not just the cabinet; it is all that system and structures called “public service”.

I keep saying despite the electoral outcomes, a winner-takes-it-all attitude is a luxury you cannot afford in the context of ethnic-laced politics in Kenya. However, the undoing has been when Jubilee chose the irredentist philosophy to rule rather than to govern. We are a nascent democracy and haven’t quite achieved the zenith of republicanism.

Even in old democracies, sectarian interests of the vanquished are determinants of an inclusive government. Therefore power-sharing agreements between parties in young nations like Kenya must be tempered with concern for national interest in integration. To appear to reserve a certain cadre of government jobs for specific communities or regions is to stretch the concept of winner-must-have-their-way too far given raw ethnic sensitivities that stalk Kenya.

A government cannot preserve its legitimacy for long if it is perceived to exclude on the basis of a national electoral mandate. Worse, the luxury will not be enjoyed for long when the mandate is razor thin and gained by numbers from a few regions. Jubilee fell into this self-inflicted trap that calls for a re-think on the negative public perception that Jubilee is exclusive. As president, I’d balance the expectations of my victorious supporters with my responsibilities to all Kenyans’ right to participate in the governance of national resources.

I’d ensure proportional representation based on population quarters at all levels of the national executive. I need not emphasise that corruption bestrides all facets of Kenyan life. A President’s job is to prevent the cancer from being the basis of managing public affairs.

When the intent to corrupt becomes the basis of policy decisions, the road to a failed state is paved. Infatuation with old corruption must be complemented by tackling new corruption. Two years later, Jubilee must be supported for confronting this monster head-on. 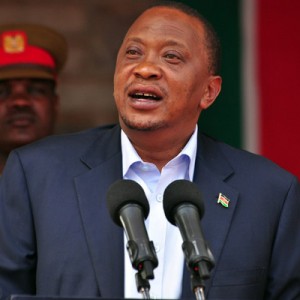 Corruption undermines economic development, deters investment, undermines service delivery, exacerbates unemployment and condemns many into poverty. It underlines insecurity. Our Amani manifesto emphasises destruction of the corruption industry through robust “detection, search and seizure of the proceeds of crime”.

I therefore don’t agree with those whose simplistic pre-occupation is to engage the government in semantics over corruption as long as the rule of law prevails. Devolution is dear to me as it is to all Kenyans. I am the architect of devolutions laws. Most were “negotiated settlement” between centralists and devolutionists, and I therefore know the laws do not capture wholesomely the spirit and letter of the Constitution.

Checks and balances within counties and with national institutions such as Parliament and CRA are convoluted. Unfortunately centralists still run national government. And Jubilee hasn’t been quite convincing against public perception of sluggishness on devolution because National government systems haven’t quite adjusted and embraced devolution.

The hiccups, contestations and protestations we are experiencing in implementation reflect serious laxity. It isn’t too late to amend devolution statutes to accord with the Constitution while ensuring all functions to counties are realistically costed and consumerate resources allocated. The national government shouldn’t be stingy in manipulating functions and resources. I must however caution that devolution isn’t a magic pill meant to cure all maladies in five years let alone two. It is a governance system to be nurtured.

Consequently, my prayer is as the CIC gives its scorecard on devolution at the end of its tenure this August, emphasis will be on how we can re-frame devolution to actualise the promise of the Constitution.