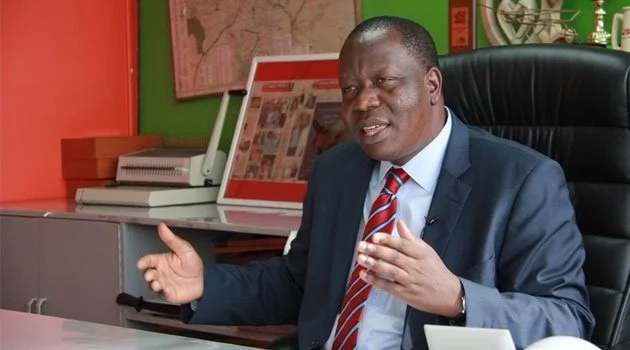 The leaders believe Matiang’i has what it takes to be deputy president and more – They were speaking during a function where they openly endorsed the interior CS – Matiang’i through the months has had his fair share of controversy and commendable work – Ruto had earlier on cautioned against 2022 politics talks Interior Cabinet Secretary Fred Matiang’i has received a major endorsement for the already heated 2022 political scene. Kisii leaders on Sunday, April 22 endorsed the CS for the deputy president seat in the next elections.

The leaders, while speaking at a fundraiser for Nyakembene Primary School in Boikang’a Ward where they praised Matiang’i for what they termed as exemplary performance since he got in office. Nominated Senator Millicent Omanga was among the leaders who was of the opinion that Mtaiang’i would be the perfect fit for DP Ruto’s number two in the next poll. Read more: