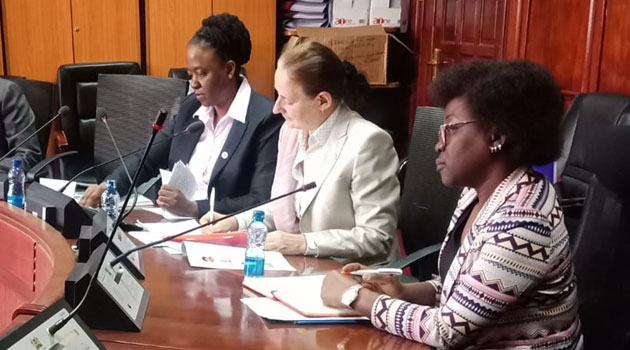 The Kenyan Government has been urged to enforce laws passed by Parliament to ensure people living with HIV/AIDS are not discriminated and stigmatized.

While briefing the National Assembly Health Committee on HIV in Kenya, UNAIDS Regional Director Dr Catherine Sozi attributed the high prevalence rate especially among adolescents to stigmatization of infected students while in school.

“Over the years we have made strides in fighting this disease but the major problem we are now facing is stigmatization among young people including the school going ones. People are fearing to come out and share their status or even tae medication for fear of being judged which is increasing the spread,” said Sozi.

She further called on the general public to work together with the programs set up to create awareness in their communities adding that majority of people and especially men are not aware of their HIV status.

Sozi revealed that in both East and South Africa, 19. 4 million people are living with the virus terming it a huge number thus more awareness needs to be created.

The legislators led by Acting Committee Chair Ndhiwa MP Martin Owino, promised to work with the UN agency and the Ministry of Health to ensure the fight against the HIV is enhanced.

“This disease needs a serious support system and we will work with you to ensure our people are safe and those who are already infected do not feel less of human beings,” Owino assured.

On Wednesday, the head of National Aids and STIs Program, Dr Kigen Bartilol told Capital FM News that the high rate of new infections is mostly among young people and especially young girls who not only end up with AIDS but also unplanned pregnancies.

Currently, the government estimates that 1.5 million Kenyans are living with HIV virus and 51 per cent of the new infections are among the youth aged 15-24.

Some 1.1 million people are however under treatment while 400 thousand are not on medication.

UNAIDS Regional Director Dr Catherine Sozi attributed the high prevalence rate especially among adolescents to stigmatization of infected students while in school/CFM NEWS Kenyans urged to stop HIV stigmatization, discrimination The Kenyan Government has been urged to enforce laws passed by Parliament to ensure people living with HIV/AIDS are not discriminated and stigmatized. While briefing