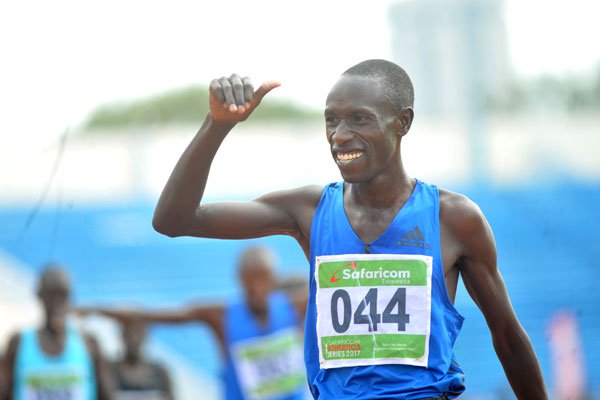 Kenyans celebrated two triumphs with Cyrus Rutto taking the men’s 3,000 in 7:45.64 and Caroline Kipkirui taking the women’s 5,000 in 15:55.24, edging Ethiopia’s Fotyen Tesfay by .51 on the opening night of the Boston Games athletics meet on Saturday.

Wilson won at the Massachusetts Institute of Technology stadium track in 1min 59.27secs, .16 ahead of Jamaica’s Natoya Goule, who was third at this year’s Commonwealth Games.

The meet concludes Sunday with sprints on a specially constructed straightaway in downtown Boston.

Kenyans take distance titles at Boston meet Reviewed by samrack on May 20, 2018 .