Kenyans in China Hatch Plan to Force Govt to Evacuate Them 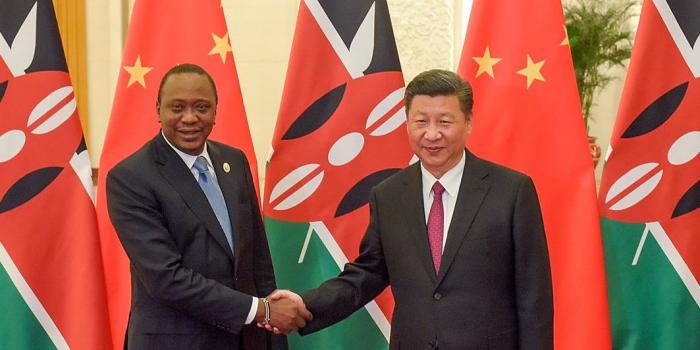 Kenyan President Uhuru Kenyatta (Left) and Chinese President Xi Jinping prior to a bilateral meeting in Beijing, China in 2018.

Kenyans in China Hatch Plan to Force Govt to Evacuate Them

Kenyans in China expressed their frustration at the government’s effort to secure their safe travel from the Asian nation and its response to the challenges they are facing abroad.

On Friday, April 10, the Ministry of Foreign Affairs, under Cabinet Secretary Rachel Omamo, stated that it had raised the complaint with Beijing after Kenyans and other Africans were forced to live in the streets after being evicted from their homes. The press release further stated that the ministry was working with the Chinese authorities to solve the issue amicably.

However, Kenyans in China were not contented with the government’s plan, terming it blunt, as they argued that it only focused on protecting them from stringent testing undertaken by the Chinese authorities. Their dire need was to go back home, they, therefore, resorted to pushing the government through a peaceful demonstration.

“We have decided to go to the Embassy of Kenya in Beijing, China on Friday, April 17. All Kenyans are required to camp at the embassy for the government to listen to our pleas and realise that we are determined to go home,” a message shared among themselves reads.

“Go to the nearby health centre and get a medical clearance certificate for travel. Book trains and leave for the embassy. We are going home,” they mobilised.

As push has now come to shove for the Kenyans in China, the plan to demonstrate and travel home still has some grey areas that if not entirely addressed may see the plan backfire.

A number of them are still in quarantine, with others having seen the authorities relocate them to other centres.

“I finished my 14-day quarantine but I was relocated to another for 14 days. If they manage to go home, I believe I will be left behind,” one Kenyan informed Kenyans.co.ke.

In Kenya, their relatives also decided to find ways to negotiate their safe travel back home with the government. Realising that the country was at an unprecedented moment, fighting Coronavirus (Covid-19), which saw the Ministry of Health ban gatherings, they decided to seek ways in which they would unite and seek address appropriately.

“Our relatives are stuck in China. Even if we send them money, they can’t transact as they are not even allowed into shops. What we decided to do is that we will group up through social media and even form Whatsapp groups to know each other.

“Then we will reach out to some vocal politicians who are trying to push for the return of Kenyans stuck in China. We will do it in a  peaceful way and hope the government will listen to us,” one relative informed Kenyans.co.ke. on Friday, April 10.

The Foreign Affairs Ministry, in its statement, had assured that the Embassy in China remained available to attend to any challenges by Kenyans in the Country.

“All Kenyans in China are therefore encouraged to remain in touch with the Embassy either directly or through their Kenyan community leaders,” read the statement.

Kenyans in China Hatch Plan to Force Govt to Evacuate Them Reviewed by samrack on April 11, 2020 .

Kenyan President Uhuru Kenyatta (Left) and Chinese President Xi Jinping prior to a bilateral meeting in Beijing, China in 2018. PSCU Kenyans in China Hatch Plan to Force Govt to Evacuate Them Kenyans in China expressed their frustration at the government’s effort to secure their safe travel from the Asian nation and its response to