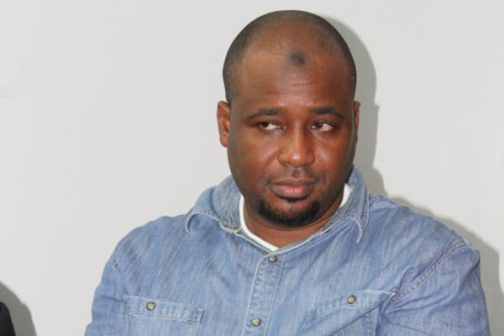 A Kenyan man has been deported from Madagascar after he was linked to Sh22 million worth of heroin that was destroyed in the Indian Ocean in 2015. Ndechumia Bilali Kimali landed at the Jomo Kenyatta International Airport Monday morning aboard a KQ flight from Madagascar and was taken to custody by Anti-Narcotics Police. He was in handcuff and was accompanied by two detectives from Madagascar. When the yacht was seized, five suspects were arrested but Bilali is said to have escaped. Kenya asked Madagascar to deport him and is set to take plea at JKIA. Head of DCI at the airport Joseph Mugwanja said Bilali is suspected to be a member of locally based and foreign-based drug barons currently under investigations.

ALSO READ: Kisumu County provides patients with drugs to stop heroine abuse “Bilali is believed to be the mastermind behind trafficking of illicit drugs that were destined for overseas,” said Mugwanja. The yacht christened Baby Iris was destroyed by the Kenyan military under supervision of top government officials. Before its capture in a yard in Kilifi on April 10 2015, MV Baby, Iris which is registered in Singapore, ferried wealthy Western tourists and vacationers to Kenya, Tanzania, Madagascar and Seychelles in the Indian Ocean. Seychellois Clement Serge Bristol and four other Kenyans- Ahmed Said Bakari, Mohamed Bakari Mohamed, Shariff Mzee Mohamed and Ahmed Hussein Salim are facing charges of trafficking the heroin. They face life imprisonment if found guilty. The suspects were first arrested in Kilifi in a car in which heroin worth millions was recovered before another discovery was done in the yacht during a search which British police were also involved. The accused denied that on April 9 2015 at Kilifi yacht yard, they were found trafficking 7.6 kilos of heroin valued at Sh22 million. In 2014, President Uhuru Kenyatta sparked off similar controversy when he supervised destruction of an Iranian ship MV Al Noor, which had been intercepted by the Kenyan Navy off the coast of Lamu with Sh1.3 billion worth of drugs. This was despite the fact that two court orders had opposed destruction of the vessel. Cases of use of heroin and other narcotics in the country has been on the rise.
Source:https://www.standardmedia.co.ke