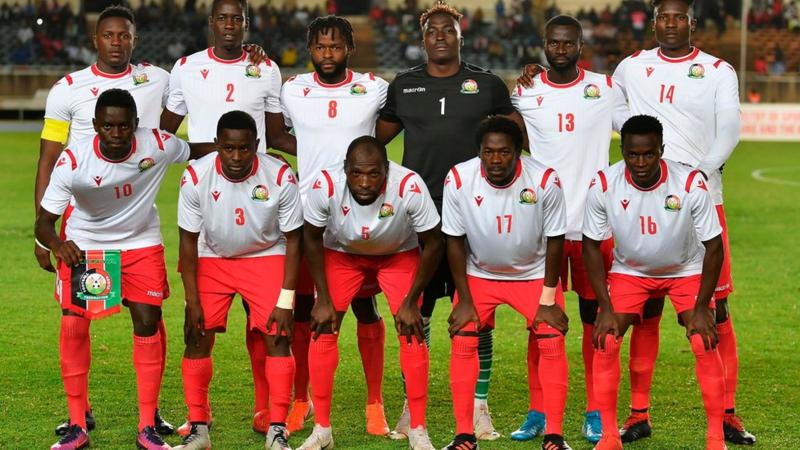 Kenya look likely to be expelled from the 2022 Fifa World Cup qualifiers before a game is played, having told the BBC they do not have the funds to meet a payment deadline – the result of which will be their immediate exclusion from the competition.

Kenya’s football federation, the FKF, have said they are unable to pay former coach Adel Amrouche a million dollars by Friday 24 April, as they were ordered to by the Court of Arbitration for Sport (CAS) last October.

They have been told by Fifa, world football’s governing body, that if they do not make this payment, the result will be exclusion from the World Cup qualifying campaign unless Amrouche agrees to an extension of the deadline.

But Amrouche has already told the BBC that he will not agree to any extension.

“It is not the end of the world to be out of the 2022 World Cup qualifiers,” FKF President Nick Mwendwa said.

“We don’t have money and with the Covid-19 situation we have players who are stuck right now who haven’t been paid salaries.

“It’s been deaf ears from government – which is understandable because there is a crisis.”

The issue stems from the ruling by the CAS that Amrouche was wrongfully dismissed back in 2014 when he was sacked 18 months into a five-year tenure, following a 1-0 aggregate loss to Lesotho in a 2015 Africa Cup of Nations qualifier.

Amrouche initiated legal action that culminated in the million dollar award last October, to be paid by Friday 24 April 2020.

But with that deadline approaching, the FKF asked Fifa for an extension – only to be told “they cannot do much unless the creditor (Adel Amrouche) accepts.”

Amrouche, however, told the BBC that he is not open to the idea of any extension.

“Agreement on extension would lead to the closure of the disciplinary proceedings without payment being guaranteed,” he said.

For his part, Mwendwa said the FKF are “telling our people there’s so much more football beyond the World Cup qualifiers that we can play.”

Kenya has never participated in the Fifa World Cup, but having featured at the 2019 Afcon there was optimism this this group of players they could make it out of Group E, in which they are placed with Mali, Uganda and Rwanda.

28-year-old captain, former Spurs midfielder Victor Wanyama, would be the most high-profile of those to miss out.

Competing in a World Cup also comes with financial benefits – reaching the finals in Qatar alone comes with a $9.5million reward before a ball is kicked, money that the FKF could certainly benefit from with its finances currently in the red.

Share thisFacebookTwitterPinterestEmailWhatsAppNo games have yet been played in the Qatar 2022 qualifying groups Kenya facing World Cup expulsion Kenya look likely to be expelled from the 2022 Fifa World Cup qualifiers before a game is played, having told the BBC they do not have the funds to meet a payment deadline – the result of