Juja Member of Parliament Francis Waititu has opened up to journalists about his fight with brain cancer.

Waititu recalls how he was tested after pressure from his mother who at the time was undergoing treatment for the same.

He took up the challenge and was astonished at the results, “I was diagnosed with stage two brain cancer,” stated the MP.

I resolved that I was not going to let the disease put me down. I had to fight and God gave me strength and courage,” he was quoted by the Standard.

He stayed in India for seven weeks and returned home in March 2018 after spending Sh8 million. He explained that during his stay in India, he spent at least Ksh1.8 million on accommodation alone.

The lawmaker intimated that he interacted with other politicians, senior government officials and well-known businessmen being treated for cancer. 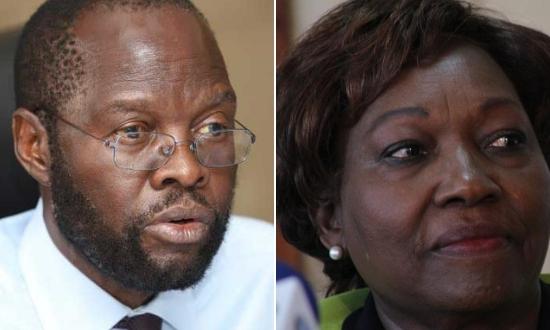 “Kenyans seeking cancer treatment in India are suffering. They cannot find anywhere to lay down heads and end up sleeping in trenches because they cannot afford to rent the expensive houses there,” he regretted.

According to the Ministry of Health, approximately 10,000 Kenyans travel abroad every year in search of treatment.

Waititu, who is now cancer-free, credits his successful treatment to early diagnosis and is spearheading plans to build a cancer centre in Kiambu County.

Other politicians who have conquered cancer include Kisumu Governor Anyang’ Nyong’o and Nominated Senator Beth Mugo, who went public about their fight with the disease.

Mystery over cash Monica had at airport