During my protest in Kenya, I handed over Petitions to the offices of the Inspector of Police, the Attorney General and the office of the Clerk to the Kenya National Assembly. What I found very very peculiar and very  strange was that, in all the offices I visited, I was received very well and the officers I met were extremely cooperative and friendly. That was an indication that my petition will probably be followed by a positive action.
But the comment by the Kenya Government Spokesman about the disappearance of the two Kenyans, Mr. Dickson Bogonko Bosire and Mr. Albert Muriuki during the live BBC World News on January 12, 2017 at 7 pm, when the Spokesman and I were invited, was very disturbing and very unpleasant.  He stated that it is now too long since the two Kenyans disappeared, such that the evidence is now destroyed and distorted. 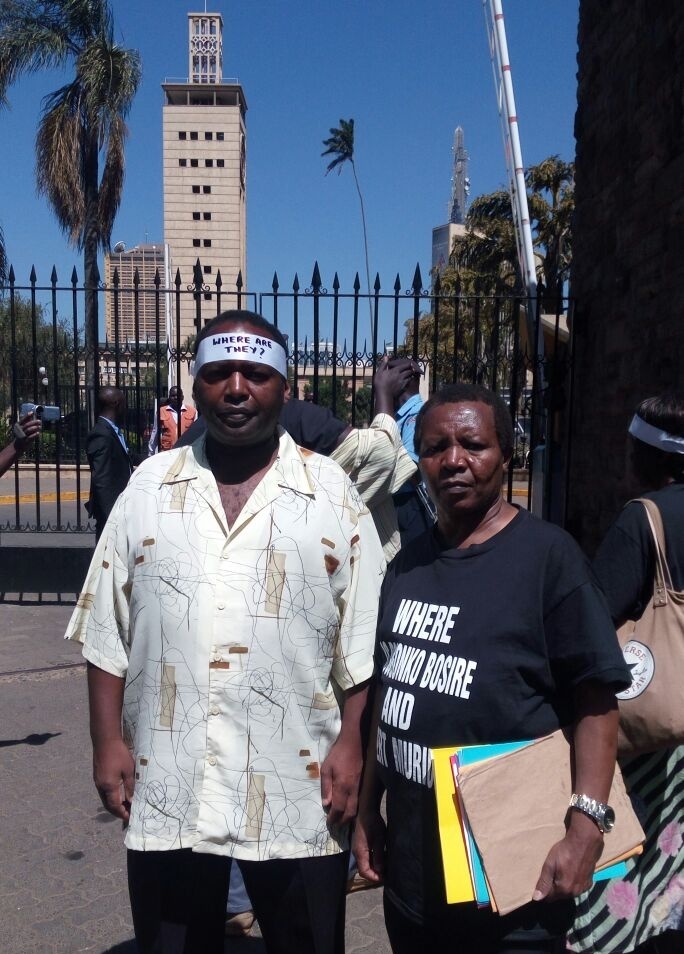 Whose fault was it that the case took so long, if not for the government, which the Government Spokesman Mr. Eric Kiraithe has been part of? It is also necessary for the Kenya public to be told to what extent the initial investigations (if any had been carried out) had gone before they were stalled. There is no excuse or any justification whatsoever, for not instituting fresh investigations into the disappearance of the two Kenyans. The offices I gave the petition have only six months to act and if not, I will have to take further actions to make sure that those two Kenyans are not left to disappear in thin air.

PHOTOS:Isaac Kinity,The Diaspora who dared and succeeded to protest in Nairobi