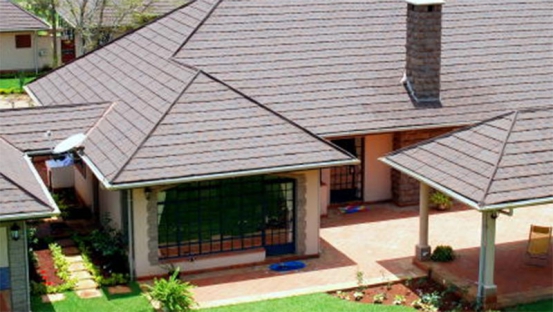 They are known locally as the leafy suburbs where residents eat life with a big spoon. Living in any of the affluent neighbourhoods in the city is said to enhance one’s standing in society and result in better health and general well-being. For example, an individual’s motivation to exercise can be boosted by living in a neighborhood that has safe areas for walking, jogging or cycling. Conversely, research by an American firm, Robert Wood Johnson Foundation, shows  living in less affluent neighbourhoods can increase the probability of residents becoming heavy smokers and drinkers as tobacco and alcohol advertising targets “poorer youth and liquor stores are plentiful, and where healthy role models are scarce”. We give a glimpse of Nairobi’s top five estates that society’s crème de la crème call home. Muthaiga The estate is home to Muthaiga Golf Club established in 1912. Muthaiga got its name from Kenya green-heart tree, locally known as Muthiga. It is said to cure a host of illnesses including stomach ache, epilepsy, erectile dysfunction and malaria. Like the tree, Muthaiga Estate results in tranquility and is the home of choice for the country’s affluent citizens. The estate is known as the home of retired President Mwai Kibaki besides hosting top ambassadorial homes including that of American envoy to Kenya. Here, the air is well regulated by the presence of the nearby Karura Forest, one of the few gazette forests within the city. ALSO READ: Former VP Moody Awori bought controversial 134-acre Karen land “The structures are solid and imposing. They all include carefully tended grounds, with bright flowered flame trees. Some of the houses look like English country estates. They are seldom close to each other, for the rich can afford them, and often you are not even aware of the other homes nearby,” says the book Uncertain Safari: Kenyan Encounters and African Dreams. If prices posted on the online portal OLX is anything to go by, then a home selling for Sh700 million is fair game. House rent is to the tune of about Sh400,000 per month. Truly, a millionaire’s playground. Karen This is yet another affluent neighbourhood that was once a coffee plantation once owned by Danish author, Karen Blixen-Finecke also known by her pen name Isak Dinesen. Her best-selling, romantic, mysterious, and exotic book, Out Of Africa, catapulted the once wide open area southwest of Nairobi to global fame. In its heydays, Karen was characterised by sprawling, colonial type bungalows. Today, rich Africans rule the roost here where century-old trees dot the nearby Ololua Forest, purifying the air that makes Karen one of the exclusive estates in the city. Among the notable residents here are Deputy President William Ruto and Nasa co-principals Raila Odinga and Kalonzo Musyoka. Runda Bordering Nairobi’s diplomatic zone is Runda, another affluent estate where majority of houses are owner occupied. Lush coffee plantations along Kiambu Road add to the existing greenery around Runda. Here rents range between Sh250,000 to Sh400,000 a month and are usually snapped up by workers of the nearby United Nations office. ALSO READ: Rectified typo leaves six in the dock Kitisuru Named after the nearby Getathuru River, the quiet neighbourhood of Kitisuru is yet another gem in Nairobi’s real estate space. Hemmed in by old, indigineous trees, the area teems with who is who in Kenya’s political and corporate world. Two years ago, Kitisuru caught the national psyche by hosting what was then termed as Kenya’s most expensive home. Located at the heart of the Magnolia Hills within the suburb, the home, simply known as House No.12, had a price of tag of more than Sh600 million. In an online promotional video, the house is said to adapt itself to different circumstances and though it is a family house, has the ability to host up to 250 people. The wireless security system eliminates any need for burglar proof doors or windows. Try any mischief here at your own risk. Realtors, Zana International, contracted one of Kenya’s most top architects Mehraz Ehsani to create the amazing house which among other things has cascading water fountains, glistening marble floors, mahogany doors, indoor and outdoor Jacuzzi. The Ehasani family is known for its architectural masterpieces in the area including the picturesque Tribe Hotel and Village Market. A five-bedroom maisonette with a swimming pool can set you back Sh600,000 per month in rent. Greater Kitisuru encompasses areas around Lower Kabete, Kyuna and Loresho. Lavington Before high rise apartments came, Lavington, or Lavi, was the place to be. To many, it still is. Much of what we call Lavington was was originally the St Austin’s Mission established by the French Holy Ghost Fathers. ALSO READ: Nairobi tycoon’s son found dead in house, police launch probe High end mansions that cost no less than Sh50 million still dominate a good portion of Lavington. A town house with five bedrooms will cost you Sh450,000 in rent every month. However, it is the many school hosted here that makes the place a good spot for the country’s elite. These include Strathmore School, Saint Mary’s, Loreto Convent School, St Austin’s Academy, Braeside High School, Lavington Primary School and Rusinga School. In 2009, the then Lands Minister James Orengo stopped the construction of some town houses in Lavington as the area was said to riparian reserve. The project had been given a go ahead by the National Environment Management Authority.
Source: https://www.standardmedia.co.ke

Inside Nairobi’s top five estates where millionaires call home Reviewed by samrack on May 3, 2017 .

Share thisFacebookTwitterPinterestEmailWhatsAppInside Nairobi’s top five estates where millionaires call home They are known locally as the leafy suburbs where residents eat life with a big spoon. Living in any of the affluent neighbourhoods in the city is said to enhance one’s standing in society and result in better health and general well-being. For example, an