NEW DELHI: India is keeping a close watch on one of its closest and traditional partners, Kenya, as the African nation could lose its Mombasa port to China along the lines of Hambantota port in Sri Lanka, raising apprehensions about the Chinese debt trap.

Kenya could lose the port to the Chinese government if Kenya Railways Corporation defaults in the payment of $2.2 billion owed to Exim Bank of China, ET has learnt. The Kenyan government borrowed the amount to construct the Mombasa-Nairobi standard gauge railway being built by China Roads and Bridges Corporation, a Chinese State-owned company. 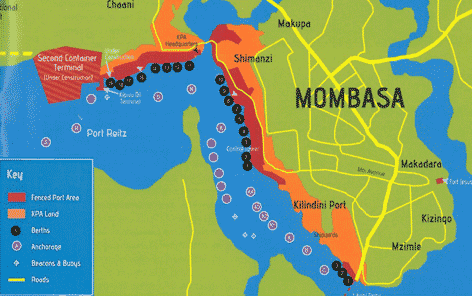 A report by Kenya’s auditor general says the payment agreement stipulates that the revenue of the Kenya Ports Authority would be used to clear the debt. Kenya is a key pillar in China’s mega BRI project.

Located along the Indian Ocean, Kenya is the first country in Africa where India has launched a joint initiative in medical sector with a foreign partner,Kenya is among India’s leading defence and economic partners in Africa.

In December 2017, Sri Lanka had to lease Hambantota port to China for 99 years after failing to show commitment in the payment of billions of dollars in loans. In September 2018, Zambia lost its international airport to China over debt repayment.Read more at://economictimes.indiatimes.com/

As you make merry, think of the effects of what you eat

As you make merry, think of the effects of what you eat