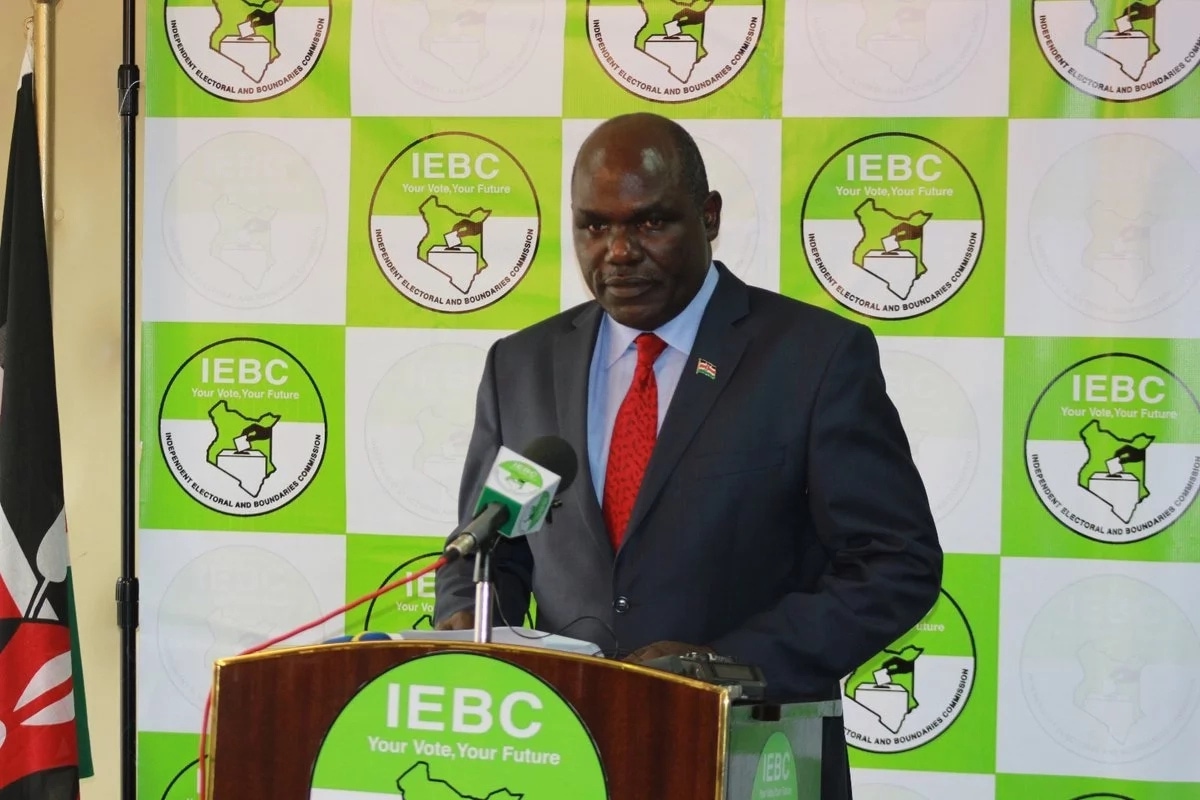 The IEBC has been tagged the only remaining security threat ahead of the August poll – The revelation was made during a meeting between the poll body and security agency heads – According to the police, all security measures are already in place, and any confusion or chaos will be blamed on IEBC – This is because the poll body is the only agency that may fail now The National Police Service has sought assurance from the Independent Electoral and Boundaries Commission that there will be no electronic malfunction on Election Day, August 8. During a meeting between the two agencies in Nairobi for a briefing on how the commission intended to use technology to ensure integrity in the process, the police warned the poll body that any failure in the kits would constitute a security threat.

We wanted to hear from them on the reliability of the kits and a commissioner demonstrated how it will work. If there will be any confusion and chaos, IEBC will be to blame. All other security measures are already in place. The only agency that may fail now is the IEBC,” said an officer as quoted in the Standard on Monday, July 24

The meeting, held over the weekend, was attended by Inspector General of Police Joseph Boinnet, his deputies; Samuel Arachi and Joel Kitili, as well as Directorate of Criminal Investigation Director Ndegwa Muhoro, heads of prisons, Kenya Wildlife Services, Kenya Forestry Services, the National Intelligence Service and the National Youth Service. IEBC boss Wafula Chebukati also announced a series of meetings set for Wednesday, July 26, in which the poll body intends on briefing presidential candidates and senior party officials on their security arrangements ahead of the poll in 14 days. These meetings come on the heel of a number of cases filed by the National Super Alliance against the IEBC on the preparedness of the poll body to conduct the poll.

NASA claims the IEBC has no backup system in place in case their electronic system which will be used to identify voters and relay results to the national tallying center fails.

The opposition alliance has also, on several occasions, accused the poll body of colluding with the Jbilee Party to rig the election in favour of President Uhuru. In response to these allegations and other factors, security agencies have been training officers on riot control in the event chaos breaks out. There are plans to deploy over 110,000 officers during the election period.

The agencies have also identified hot spots where violence is highly likely to break out and have imported anti-riot resources including Korean water cannons and tear gas canisters.

IEBC is the only credible national security threat remaining -security agencies Reviewed by samrack on July 24, 2017 .

Share thisFacebookTwitterPinterestEmailWhatsAppIEBC is the only credible national security threat remaining -security agencies  The IEBC has been tagged the only remaining security threat ahead of the August poll – The revelation was made during a meeting between the poll body and security agency heads – According to the police, all security measures are already in place,