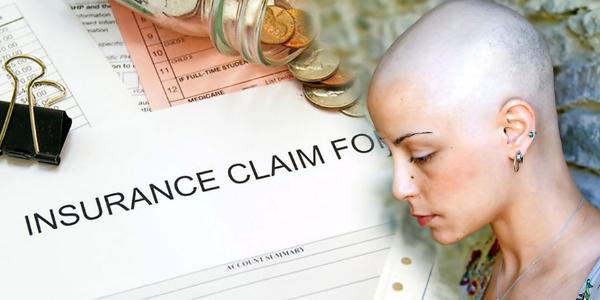 Mary* was diagnosed with breast cancer in 2016. She underwent surgery and chemotherapy as part of her treatment. Her right breast was chopped off (right sided mastectomy).

Recently, Mary went back to her doctor asking if she could get surgery to reconstruct the breast she had lost to cancer.

Since she had an inpatient medical cover of Sh10 million, she was sure she would not lack money for the procedure. She has been with the insurer for close to 10 years.

But after the insurer was approached to bear the cost of the procedure, they declined. They said that Mary’s reconstructive procedure was cosmetic and not therapeutic.

If she wanted reconstructive surgery, she would have to pay for it herself. Besides having a medical insurance, Mary also had to pay for a large portion of her chemotherapy and follow-up scans out of pocket.

What does a mastectomy mean to a woman?

To most women, their breasts are a symbol of beauty, femininity, sensuality and motherhood. When a woman loses her breast, she feels as though she has lost a vital part of her womanhood. She may feel less attractive. It is not unusual for these women to get depressed. For younger women (especially those who are forced to undergo removal of both breasts), the surgery means they cannot breastfeed.

Breast reconstruction after cancer is not cosmetic surgery

Breast surgery can either be therapeutic or cosmetic. Cosmetic surgery is for woman who wish to have the appearance of their healthy breasts altered because she is not satisfied with how they look like.

These are women who may wish to have their breasts enlarged or lifted because they feel that they are sagging.

Therapeutic breast surgery refers to any surgery that is done as part of management of a disease. A woman who wishes to have reconstruction because she has lost her breast to cancer is having a therapeutic procedure — not a cosmetic one.

How much does breast reconstruction cost?

Reconstruction after breast cancer surgery is the international standard of care. All health insurance providers in developed nations (including State-run programmes) are required to provide all women with an opportunity to get reconstruction surgery after mastectomy.

Given the high cost of the surgery, it means that most women who survive cancer live the rest of their lives without a breast.

What about the rest of the cancer treatment?

There are lots of limitations to your health insurance cover once you are diagnosed with cancer. Even if you have a premium cover, most insurers don’t pay for all cancer treatments.

For example, if you have an inpatient cover of Sh10 million, the insurer pays for the initial hospital admission bill in full after which they impose an annual cap of a much lower amount than your entitled coverage, say something like Sh500,000.

This amount barely covers much since some cancer drugs cost close to Sh250,000 per dose. The global practice when it comes to cancer treatment is that health insurers should cover the entire cost of cancer treatment. It is unethical to abandon patients midway through their treatment.

NHIF has made a big difference

Let’s give credit where it is due. The National Health Insurance Fund (NHIF) has made a big difference in cancer care. Most cancer patients can now access treatment as NHIF pays for chemotherapy, radiotherapy, surgery and even diagnostic tests such as MRIs and CT scans.

Some of the saddest scenarios I have experienced as a doctor is watching cancer patients die because they cannot afford treatment.

Patients who thought their health insurer would shield them only to be left struggling with insurmountable medical bills.

We are not asking much of our local health insurers, all we want is for them to adapt global standards when dealing with cancer patients. Can they put patients before profits?

How insurers abandon cancer patients Reviewed by samrack on August 11, 2018 .

How insurers abandon cancer patients Mary* was diagnosed with breast cancer in 2016. She underwent surgery and chemotherapy as part of her treatment. Her right breast was chopped off (right sided mastectomy). Recently, Mary went back to her doctor asking if she could get surgery to reconstruct the breast she had lost to cancer. Since