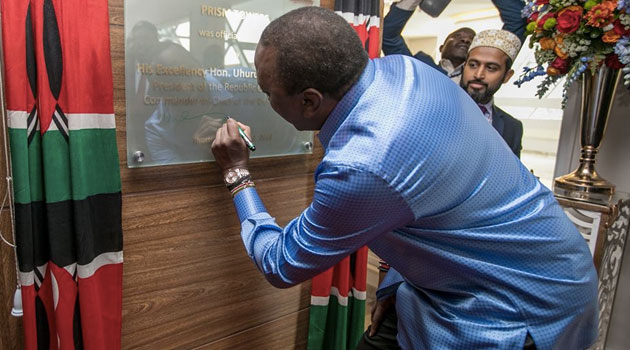 President Uhuru Kenyatta says government officials who approved construction of buildings on riparian land should be arrested and charged.

Through his Twitter account, the Head of State said that the officials must be punished for their actions.

While stating that the demolition of buildings on riparian lands will continue, he emphasised that everything will be done to discourage corruption.

“We will continue to demolish properties constructed on riparian lands, equally punish officials who made approvals for those properties. We are doing everything to discourage corruption. It is possible to do clean business in Kenya, this is what we want to encourage,” he said.

President Kenyatta observed that the demolition is meant to encourage clean business within the country and nothing would stop it from going forward.

His sentiments come as NEMA embarked on a demolition exercise, the latest targeting the Southend Mall situated at the junction of Mbagathi-Lang’ata roundabout.

On Thursday, the proprietors of the Ukay Centre in Westlands moved to court seeking orders to halt the intended demolition of their premises.

Karungo contends that the property is situated on pieces of land which the proprietors own.

He is seeking an order seeking to stop any demolition until the case is fully argued and a determination made.

The matter is now to be placed before the vacation judge for directions.