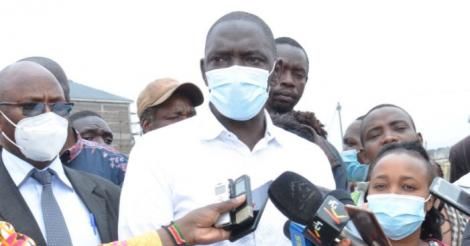 The government has issued a new directive regarding the lockdown imposed on the counties of Nairobi, Nakuru, Kajiado, Machakos, and Kiambu.

Addressing the media on Saturday, March 26, government spokesperson Cyrus Oguna stated that those wishing to leave the counties under the one zone area have until Sunday, March 28 to relocate.

“Anyone caught off-guard by the lockdown has until tomorrow (Sunday) 8pm to travel. Those wishing to travel into or out of Nairobi and other four counties in the one zone area have been given until 8 pm tomorrow to travel,” he stated.

He stated that the roadblocks would be situated in strategic locations. In Kiambu County, the police would be at Nachu along Ngong Suswa Road; at Mai-Mahiu near Catholic Church along Mai Mahiu-Nairobi Road; Gakoe area in Gatundu North along the Forest Road running from Nyandarua to Kiambu; Blue Post in Thika west along Nairobi-Nyeri road; Gateiguru market along Makuyu-Gateiguru Road in Thika East.

Another will be at Mathore/Soko Mjinga at the border with Nakuru County on Nairobi-Nakuru Highway. 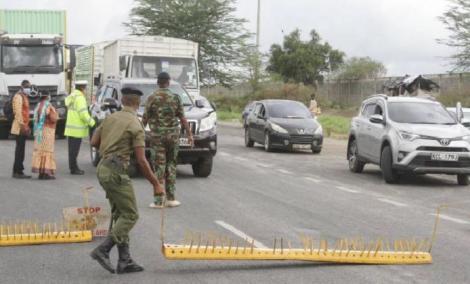 “Nairobi County, sandwiched between Kiambu, Machakos and Kajiado Counties will not have roadblocks to monitor restriction of movement. However, Regional Police Commander may mount roadblocks to enforce other security and Covid-19 containment measures,” he stated.

Oguna further stated that the media passes given to journalists that had been vacated by the president in the Friday announcement would be valid until Monday, March 29.

“You can continue using the passes until Monday when new passes will be produced and distributed,” he stated.
He further stated that following the lapse of the period, the residents within the counties could only travel within the areas.
“You can therefore move freely within the five counties. You will not however be able to leave and enter the One Zoned Area,” he stated.
President Uhuru, during his address, stated that 70% of Kenya’s reported cases of Covid-19 emanated from the five counties.
He revised the curfew hours for the five counties directing that the curfew commences at 8 p.m. and end at 4 a.m

Govt Announces Changes to Nairobi Lockdown The government has issued a new directive regarding the lockdown imposed on the counties of Nairobi, Nakuru, Kajiado, Machakos, and Kiambu. Addressing the media on Saturday, March 26, government spokesperson Cyrus Oguna stated that those wishing to leave the counties under the one zone area have until Sunday, March