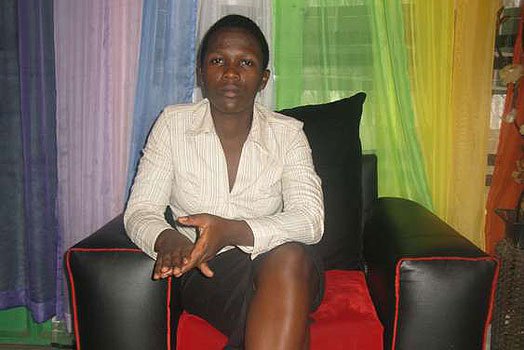 By EVERLYNE MUSAMBI
A former city house help who scored a B+ in the 2015 Kenya Certificate of Secondary Education (KCSE) examinations has been unable to join college in the United States due to a visa hurdle.

Everlyne Bonareri Chachi secured an admission and a sponsor at Middlesex Community College in Middleton to pursue a major in Biotechnology starting January 2017.

The sponsor, Dr Japheth Mongare, a Kenyan living in the United States, has offred to pay her college fees as well as living expenses.

Ms Bonareri only has to pay for her visa and air ticket.

When she applied for her visa, officials at the embassy raised concerns on whether she can return to her home country.

“I am trying to get some money to re-apply but my former employer in Nairobi lost her job and is unable to employ me. I have not been able to get another job,” the 22 year-old told Nairobi News.

Dr Mongare saw her story when it was highlighted by Nairobi News and he contacted her family back in Kisii after he discovered that they were neighbours.

“I promised her that if she gets a visa and air ticket we will stay with her with my family until she familiarizes herself with the college and my wife and I will sponsor her education here,” Dr Mongare told Nairobi News on phone.

Ms Bonareri used her savings to apply for the visa during her first attempt and is now unable to afford a re-application fee and the air ticket.

“I just wish that she can get the money to re-apply and that the embassy grants her a visa this time. On my end I will go to the college and request for a delay in admission,” said Dr Mongare.

She comes from Bogiakumu Village in  Bonchari Constituency where her parents are farmers.

Ms Bonareri is the second born in a family of three and would work during school holidays to afford her fees as well as school related expenditures.

Everlyne Bonareri Chachi FORMER CITY HOUSE HELP UNABLE TO JOIN AMERICA COLLEGE DUE TO VISA HURDLE By EVERLYNE MUSAMBI A former city house help who scored a B+ in the 2015 Kenya Certificate of Secondary Education (KCSE) examinations has been unable to join college in the United States due to a visa hurdle. Everlyne Bonareri