Every parent’s dream:Double Kudos to Kubai,Mwangi and Midenyo from Lowell High as they land big scholarships

Every parent’s dream:Double Kudos to Kubai,Mwangi and Midenyo as they receive top scholarship to universities

LOWELL — A high school can often get caught up in the day-to-day challenges without seeing the bigger-picture victories worth celebrating.

With its new batch of top scholarship recipients, Lowell High School didn’t want to miss the chance to celebrate.

Four seniors have received four-year, full-tuition scholarships from the Posse Foundation, which groups together “posses” of 10 students from diverse backgrounds at the same college. Those Lowell High students are going to Centre College, Bucknell University and Hamilton College. 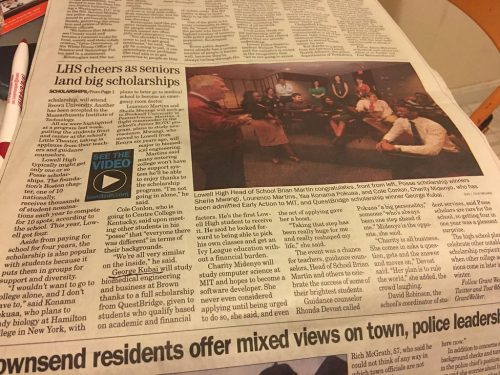 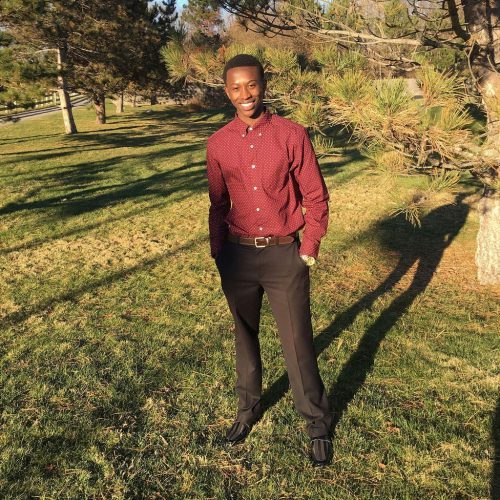 All six were highlighted at a program last week, putting the students front and center at the school’s Little Theater, taking in applause from their teachers and guidance counselors.

Lowell High typically might get only one or so Posse scholarships. The foundation’s Boston chapter, one of 10 nationally, receives thousands of student nominations each year to compete for 10 spots, according to the school. This year, Lowell got four. 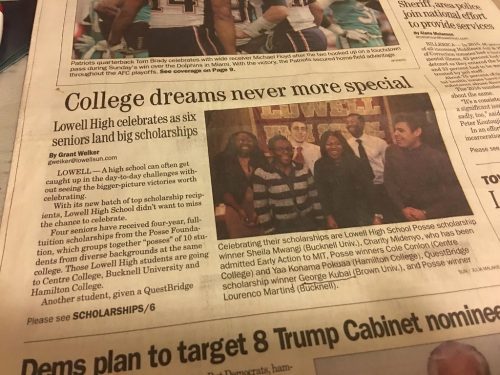 Aside from paying for school for four years, the scholarship is also popular with students because it puts them in groups for support and diversity.

“I wouldn’t want to go to college alone, and I don’t have to,” said Konama Pokuaa, who plans to study biology at Hamilton College in New York, with plans to later go to medical school to become an emergency room doctor.

Lourenco Martins and Sheila Mwangi will each go to Bucknell University in Pennsylvania. Martins, a flight commander in the school’s Junior ROTC program, plans to study neuroscience. Mwangi, who moved to Lowell from Kenya six years ago, will major in biomedical engineering.

Martins said many entering college won’t have the support system he’ll be able to enjoy thanks to the scholarship program. “I’m not going in alone,” he said. 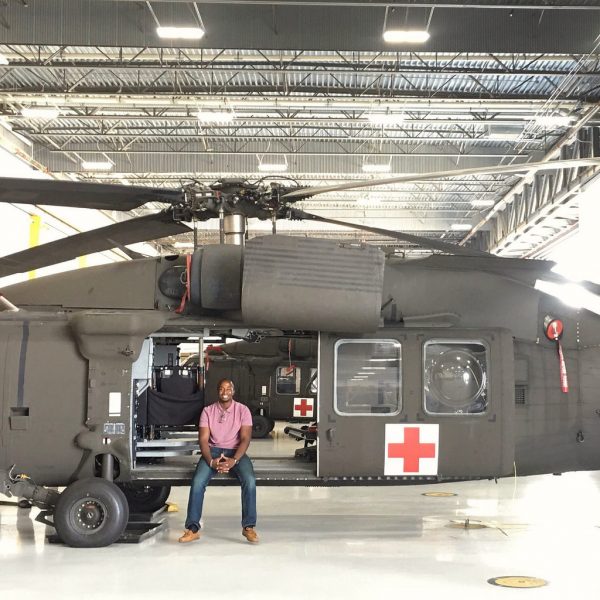 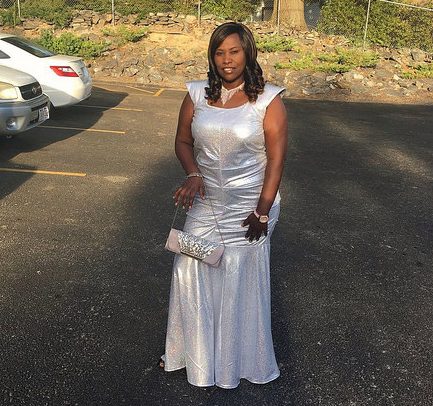 Cole Conlon, who is going to Centre College in Kentucky, said upon meeting other students in his “posse” that “everyone there was different” in terms of their backgrounds.

“We’re all very similar on the inside,” he said.

George Kubai will study biomedical engineering and business at Brown thanks to a full scholarship from QuestBridge, given to students who qualify based on academic and financial factors. He’s the first Lowell High student to receive it. He said he looked forward to being able to pick his own classes and get an Ivy League education without a financial burden.

Charity Midenyo will study computer science at MIT and hopes to become a software developer. She never even considered applying until being urged to do so, she said, and even the act of applying gave her a boost.

“Taking that step has been really huge for me and really reshaped my life,” she said.

The event was a chance for teachers, guidance counselors, Head of School Brian Martin and others to celebrate the success of some of their brightest students.

Guidance counselor Rhonda Devost called Pokuaa “a big personality,” someone “who’s always been one step ahead of me.” Midenyo is the opposite, she said.

“Charity is all business. She comes in asks a question, gets and the answer and moves on,” Devost said. “Her plan is to rule the world,” she added, the crowd laughing.

David Robinson, the school’s coordinator of student services, said Posse scholars are rare for the school, so getting four in one year was a pleasant surprise.

The high school plans to celebrate other notable scholarship recipients when other college admissions come in later in the winter.

Agency Seeks Forfeiture of Sh3.1 Million Recovered from a Jacket Shipped to Kenya from the US

Regulators are worried that M-Pesa's success could disrupt the economy

Agency Seeks Forfeiture of Sh3.1 Million Recovered from a Jacket Shipped to Kenya from the US