Ethiopia’s Plan to Construct Two Dams Along Omo River a Threat to Kenyans Depending on L. Turkana 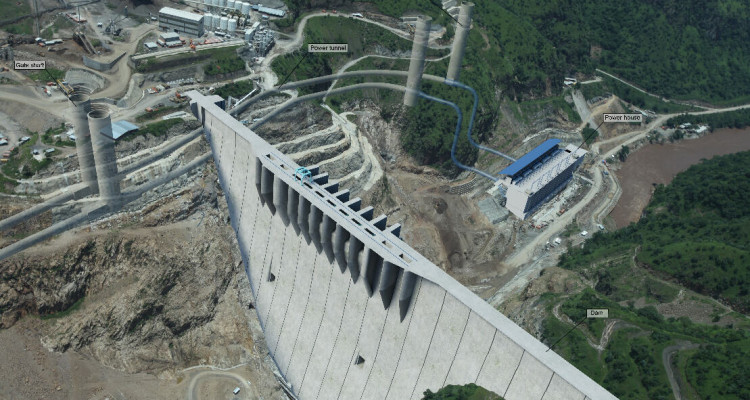 Ethiopia’s Plan to Construct Two Dams Along Omo River a Threat to Kenyans Depending on L. Turkana

Lake Turkana, the largest desert lake in the world, gets 90 per cent of its water from the Omo River. The river, located in Southern Ethiopia, is a source of power for the country.

According to United Nations cultural agency (UNESCO), Lake Turkana is on the list of endangered World Heritage Sites because of Ethiopia’s Gibe III dam completed in 2016 and the irrigation of Kuraz sugar plantations which have both reduced water levels at the lake from Omo River.

“We are concerned that these projects will have implication on the local communities who depend on the lake for fishing and for their livelihood. Ethiopia is planning two new dams on the Omo River which will only make the situation worse.”

However, Ethiopia is of a different opinion arguing that the dam will control floods and regulate the water flow based on its studies.

Africa director of the lobby group International Rivers Rudo Sanyanga said the lake will probably shrink slowly, reducing the breeding grounds for fish. Additionally, the water will become too salty for fish to survive and for people and animals to drink.

“Ethiopia should cancel the plans that it has to construct two more dams, Gibe IV and Gibe V, on the Omo River,” she said. “These projects will only exacerbate the risk for drying up of the lake.”

Ikal Angelei director of Friends of Lake Turkana, which advocates for communities living around the lake, said: “Gibe IV and Gibe V cannot go on without the Kenyan government being a little bit more realistic of the impact. While Kenya is planning to possibly benefit from buying the power, we have to ask ourselves what is the cost of this power on the ecosystem in the longer term?”

Ethiopia is also in a conflict with Egypt for constructing another dam along the River Nile which could potentially reduce the water running into Egypt’s fields.

Ethiopia’s Plan to Construct Two Dams Along Omo River a Threat to Kenyans Depending on L. Turkana Reviewed by samrack on July 18, 2018 .

Ethiopia’s Plan to Construct Two Dams Along Omo River a Threat to Kenyans Depending on L. Turkana Ethiopia’s plan to construct two dams upstream along the Omo River could significantly affect Lake Turkana which offers a livelihood, food, and drinking water to nearly 300,000 Kenyans. Lake Turkana, the largest desert lake in the world, gets