DREAMer detained by ICE moments after speaking at immigration rally 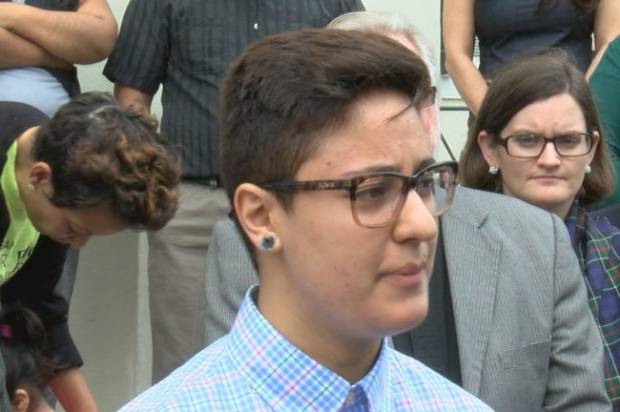 DREAMer detained by ICE moments after speaking at immigration rally

When U.S. Immigration and Customs Enforcement agents arrived at her Jackson, Mississippi home earlier this month, 22-year-old Daniela Vargas barricaded herself inside a closet as the law enforcement officials searched every inch of her home for four hours. Vargas’ father and 26-year-old brother — both undocumented immigrants from Argentina — were eventually detained, but she was released after being briefly handcuffed by officers.

On Wednesday, ICE agents finally caught up with Daniela after she came out of hiding to speak at a press conference against the ramped up immigration raids order by President Donald Trump.READ MORE

DREAMer detained by ICE moments after speaking at immigration rally Reviewed by samrack on March 1, 2017 .