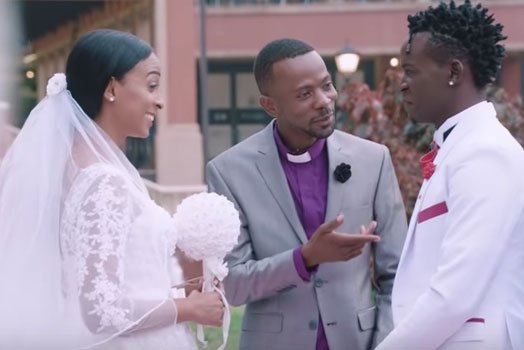 Kenyan gospel singer Willy Paul and Jamaican reggae dancehall singer Alaine in the video to their collabo ‘I Do’. PHOTO | COURTESY

Kenyan gospel singer Willy Paul has yet again confounded his critics by partnering with Jamaican reggae dancehall singer Alaine in a new collabo titled I Do.

His critics have quick to point out that like his most recent hits, Tiga Wana and Fanya, Willy Paul’s latest track is also more secular than gospel.

The song begins with Willy Paul’s recital of a verse that mentions God and love before the two singers proceed to sing about their wedding day and love for each other.

Alaine, who is mostly known for her love ballads, stayed true to herself with strong vocals which gives the song a semblance of her reggae/dancehall creations.

Here is the song; what do you think?