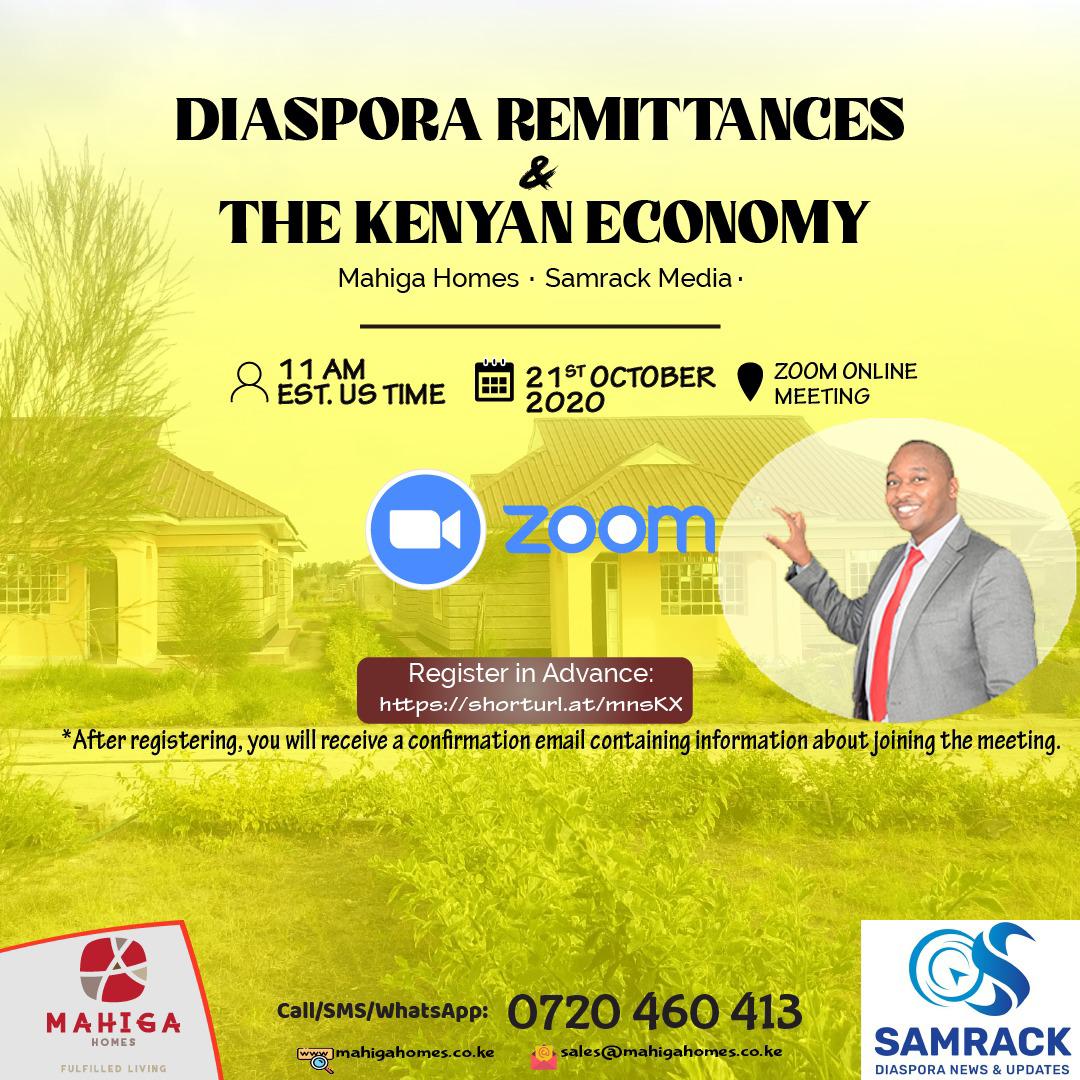 You are all Invited!

What is a Remittance?

A remittance is a transfer of money, often by a foreign worker to an individual in their home country. Money sent home by migrants competes with international aid as one of the largest financial inflows to developing countries. Workers’ remittances are a significant part of international capital flows

Kenya continued to record more remittances from its citizens working or living in the United States of America, United Kingdom and the rest of Europe.

Available figures puts total diaspora remittances to Kenya in 2019 at US$2.546 billion compared with $2.453 billion the previous year.

This is despite effects of COVID 19 pandemic on the global economy, which has cut such inflows from other countries such as South Africa, United Arab Emirates, Mauritius and Oman.

According to the World Bank, in 2018 overall global remittance grew 10% to US$689 billion, including US$528 billion to developing countries.

Diaspora remittances is now Kenya’s leading source of forex, ahead of tourism and agricultural exports such as tea, coffee and horticulture. Figures provided by CBK are considered as estimates due to the fact that remittances through other unofficial channels are usually not captured, meaning that dollar inflows in Kenya could be higher than what CBK reports.

North America accounts for the largest bulk of remittances to Kenya, followed by Europe while the rest of the world combined accounts the rest, at about 28 per cent.

Among countries, the top remittance recipients were India with $79 billion, followed by China ($67 billion), Mexico ($36 billion), the Philippines ($34 billion), and Egypt ($29 billion).