Death of Kenyan Timothy Majanja in US exposes diaspora 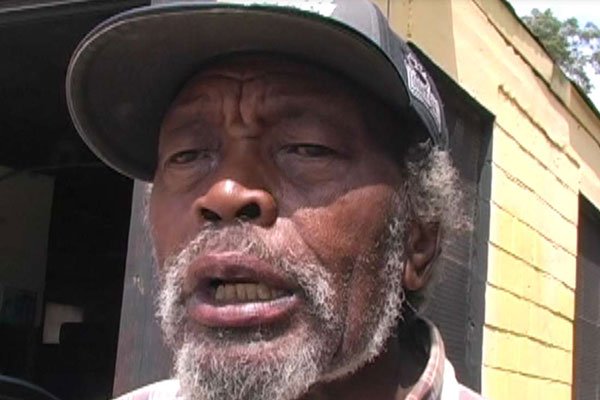 Death of Kenyan Timothy Majanja in US exposes diaspora

The death, in the streets of Atlanta, Georgia, of a 71-year-old homeless Kenyan, Mr Timothy Majanja, who has been living in the US and who had wished to return home after 46 years, has once again exposed the treacherous lives some in the diaspora lead.

The checkered relationship Kenyans living abroad have with their government has also been exposed.

Mr Majanja, whose story is very familiar to many Kenyans living in Atlanta having been covered extensively on Nation Media Group’s platforms four years ago, was on April 30, rushed to Grady Memorial Hospital in downtown Atlanta in an ambulance where he died after his conditions deteriorated precipitously.

Even after publicly appealing to the Kenyan government and the Kenyan community in Atlanta to facilitate his travel back home, Mr Majanja was still living in the streets as a faceless and homeless person. His death in this condition is, therefore, being viewed by many people as an indictment of how unreliable the Kenyan community abroad can be.

“It makes me feel sad and bad that even in my own small way, I did nothing to help the old man. His story and predicament was common knowledge among Kenyans living in Atlanta who apparently didn’t get together as they usually do to get him out of the streets,” said Karanja Mwangi, a Kenyan post-graduate student at Kennesaw university in Atlanta.

Mr Mwangi agrees that majority of Kenyans living in the US and Canada, especially those in Atlanta, knew his homelessness status and were in a position to help prevent his death given that the old man may have suffered illnesses associated with weather inclement. “Unlike in Kenya, the weather in North America is characterised by extremes.

Most of the time, it’s either too cold or too hot to spend time outside. Imagine living out there in the streets? Truth be told, we failed the old man,” Mr Mwangi added.

It is not clear whether the Kenyan community in Atlanta extended help to the late Majanja after many had shown interest in his story. Atlanta boasts of hosting one of the largest Kenyan communities in the US, majority of who are from Nakuru and Thika. Some people believe Majanja may have turned down help from the community.

“We’ve seen in the past that Kenyans who are homeless and who live in the streets are not keen on community help. I think such existences come with a lot of shame so many people prefer to keep to themselves,” said Claris Wanjohi, a Kenyan resident of Marietta, Georgia.

Ms  Wanjohi added that even as the community scrambles to raise money to transport his remains back home for burial after almost 50 years, many now agree that they will be haunted by this death for along time to come.

“The place to start as a community though is to recognise the reality that we have so many of our compatriots now living in the streets,” she said.

It’s also not clear whether Mr Majanja got any help from the Kenya government through the embassy in Washington, DC. Majanja had desperately wanted to go back home and he had reached to the embassy to provide him with travel documents.

Majanja migrated to Canada in 1968 before he moved to Georgia, US in 1993. In the US, he lived a homeless life after losing his job in 1993. “My uncle came to Canada in the late 60s. After the mid 80s, all our family members back in Kenya lost contact with him. None of us have known where or how to locate him until a year ago,” said Catherine Ogembo, Majanja’s niece, who lives in Minneapolis Minnesota.

Ms Ogembo told the Nation on phone that the family found out not long ago that he had been homeless in the US.

“I stayed in contact with him until March when he disappeared again. I was then contacted by our local police here in New Hope, Minnesota, on April 30 that I needed to contact a hospital in Atlanta,” she said adding, “Turned out that he was found unconscious on the side of the road and then transported to the hospital for treatment. He had high blood pressure and not taking his medication nor treatment as needed. He passed away on May 1 after being on a ventilation machine.”

Ms Ogembo said while she was in contact with Majanja, she tried to have him return to Kenya to be with his family but her efforts were unsuccessful.

In 1973, Majanja was recruited into the prestigious Royal Canadian Mounted Police, where he served before venturing into politics. He run for city representative in Calgary, Alberta, where he lost. He also unsuccessfully contested for a vacant mayoral seat. After moving to Atlanta, he worked for a transport company.

Majanja’s relatives who live in Lubao, Kakamega, said they were making arrangements for his body to be flown back to Kenya for burial.

“We had hoped to see him alive after all these years but now all we will see is his dead body. We are hoping that Kenyans in the US will raise enough money to transport his remains to be buried in Kakamega,” Mr Alphonce Shikoli said.

By the time of going to press, a fundraiser had been organised in Atlanta to raise money to transport his remains back to Kenya.

Death of Kenyan Timothy Majanja in US exposes diaspora Reviewed by samrack on May 13, 2018 .