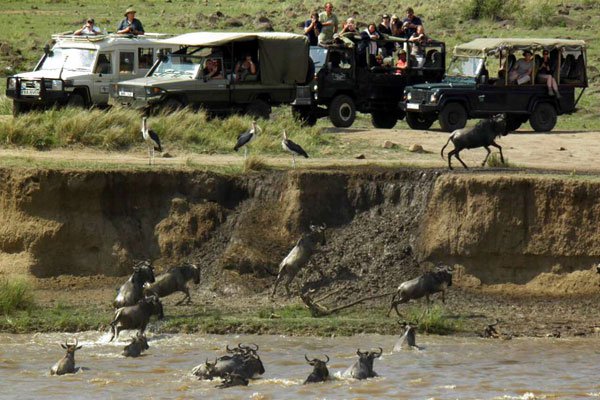 The US State Department announced on Wednesday that it is scrapping its travel warnings for specific countries, instead launching a four-level “travel advisory programme.”

Kenya is placed in the second tier under the new system. When visiting countries in that grouping, US citizens are urged to “exercise increased caution.”

Officials in the Kenyan government and the country’s tourism industry are likely to welcome the changes initiated by the Trump administration. The US has in the past warned against travel to Kenya, prompting complaints that such notifications were unjustified and damaging to the nation’s economy.

The US has been ranked as the top source of tourists to Kenya. The Kenya Tourism Board reported in December 2016 that more than 82,000 Americans visited between January and October of that year, compared with close to 81,000 arrivals from Britain.

Explaining the revised US notification system, State Department official Michelle Bernier-Toth told reporters that “over the years, we’ve come to recognise that sometimes our various documents were not readily understood.”

“We also needed to make sure that the information was more easily understood, putting it into plain language making it clearer why we were ranking countries, why we were citing them as a threat or a risk.”

Ms Bernier-Toth, the acting deputy assistant secretary for Overseas Citizens Services, noted that the method of assessing travel risks has not changed. Advisories are based on information from intelligence agencies, US embassies and host countries’ governments, she said.

The content of the Kenya section in the new system is similar to evaluations issued by the Obama administration.

Now, as then, US citizens are told that violent crime can occur at any time in Kenya and that police often lack the capacity to respond to criminal incidents.

The new advisory flatly warns against travel to the “Kenya-Somalia border and some coastal areas due to terrorism.”

The counties of Mandera, Wajir, Garissa, Tana River and Lamu are included in the suggested no-go area, along with parts of Kilifi County north of Malindi.

It is also suggested that US citizens “reconsider travel to Nairobi neighbourhood of Eastleigh at all times and Old Town in Mombasa at night due to crime.”

“Consider carefully whether to use the Likoni ferry in Mombasa due to safety concerns,” the advisory adds.

Somalia and South Sudan are among 11 countries worldwide placed in the level-four category which is headed “Do Not Travel.”

Mali and the Central African Republic are also given level-four ratings, along with Afghanistan, North Korea, Iran, Iraq, Libya, Syria and Yemen.

Burundi is designated a level-three destination. The US tells prospective visitors to “reconsider travel” to Burundi due to crime and armed conflict.

Rwanda is the only East African country given a level-one rating, under which US citizens are advised to “exercise normal precautions.”

Tanzania and Uganda are both placed in the level-two group along with Kenya.

US citizens should, however, “reconsider travel to the Rwanda-Democratic Republic of Congo (DRC) border due to armed conflict,” the advisory states.

Travellers are told to “exercise increased caution in Tanzania due to crime, terrorism, and targeting of LGBTI persons.”

The Uganda section makes no mention of threats to lesbian, gay, bisexual, trans-gender or intersex persons, despite passage of a law in 2013, later annulled by the country’s Constitutional Court, that mandated life imprisonment for “aggravated homosexuality.”

US citizens are simply advised to exercise increased caution in Uganda due to crime.

Ms Bernier-Toth pointed out that US nationals are not prohibited from traveling to any country, including those in the level-four category.

“We cannot prevent people from traveling to a country,” she said. “The ‘do not travel’ is our recommendation.”

The State Department does, however, restrict the use of a US passport for travel to North Korea. Americans wishing to travel there “must apply for a one-time waiver and provide justification as to why they need to go,” Ms Bernier-Toth said.

Tourists catch a glimpse of the wildebeest migration spectacle at the Mara River in Masai Mara National Reserve. PHOTO | FILE | NATION MEDIA GROUP  America scraps travel advisory against Kenya The US State Department announced on Wednesday that it is scrapping its travel warnings for specific countries, instead launching a four-level “travel advisory programme.”