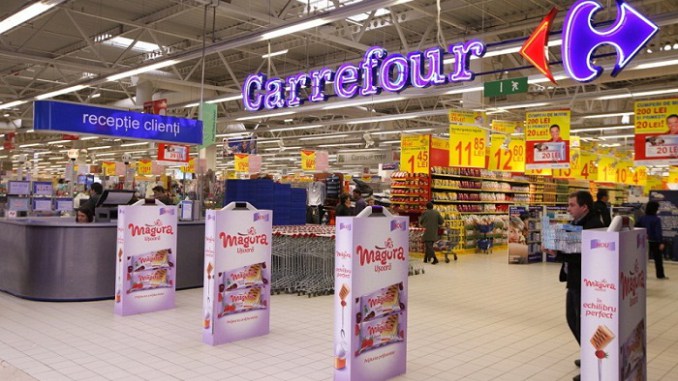 Majid Al Futtaim is in talks with Soma Properties to open its fifth Carrefour store at Westland’s based mall Sarit Centre.

According to people familiar with the matter, the store could be located at mall’s newly constructed 250,000 feet extension or at the old mall in the space currently occupied by Uchumi Supermarkets whose lease agreement comes to an end in April.

According to Business Daily, Uchumi’s lease agreement with the Soma Properties (the owners of the mall) will likely not to be renewed.

“If the negotiations to have the current lease extended do not work out this means that we will have to look for space in upcoming developments nearby or put more investment in the Westlands Mall branch.” Uchumi COO Andrew Nixon was quoted by Business Daily.

In June last year, Sarit Centre Director, Nitin Shah told reporters in Nairobi that they were looking for ways to keep visitors at the mall hence the expansion of the mall that cost about of Sh 4 Billion.

“The new space will also have international retailers who have recently expanded into the country.” He said then.

Carrefour has been on a rapid expansion over the last few months as it seeks to take advantage of the current state of Kenya’s retail industry. In December, Carrefour announced it will open its fourth outlet in the country at the Junction Mall, replacing Nakumatt as the anchor tenant.

Carrefour entered the local market in May 2016 when it began operations at the Hub shopping mall in the Karen suburb, Nairobi. In March this 2017, the chain opened its second store at the Two Rivers Mall. And in November 2017, it opened its third outlet at Thika Road Mall (TRM), the space previously occupied by Nakumatt.

In December, we had a chat with the Franck Moreau, country manager for Majid Al Futtaim Hypermarkets Ltd- Carrefour Stores. He said that since entering the local market, they haven’t broken even but the business was doing extremely well compared to other markets where they operate. He further noted that their local expansion plans is financed through a mixture of debt from a multinational lender with local operations, support from the mother company and a bit of cash from the local operations.

Reports; Carrefour To Open 5th Outlet in Kenya at Sarit Centre Reviewed by samrack on January 11, 2018 .

Reports; Carrefour To Open 5th Outlet in Kenya at Sarit Centre Majid Al Futtaim is in talks with Soma Properties to open its fifth Carrefour store at Westland’s based mall Sarit Centre. According to people familiar with the matter, the store could be located at mall’s newly constructed 250,000 feet extension or at the old mall in