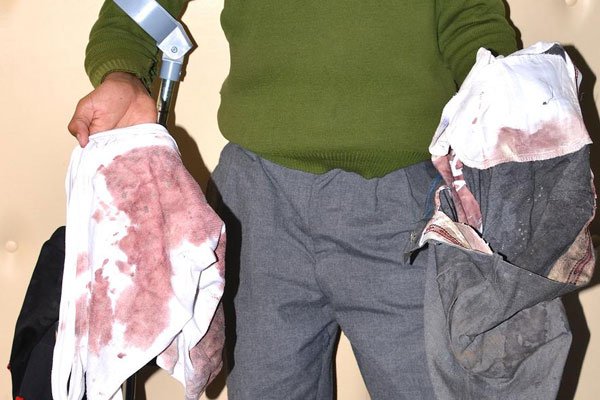 Chilling details of bullying and torture meted out on Form One students by their seniors at Alliance High School, arguably Kenya’s best, can be revealed on Thursday.

More than 10 students have reported being beaten up with sticks and electricity cables, slapped and forced to lie on the graves of the school’s founders for hours on end at night and to ‘swim’ on grass. A least one of the students has been reduced to walking on crutches as a result of a severe beating.

The horrifying incidents were exposed in a report by the Teachers Service Commission (TSC) and Ministry of Education officers who carried out investigations last month.

The bullying is carried out during “action nights” and “induction sessions” masterminded by prefects in the full knowledge of the administration.

The premier school has a student population of 1,600 and is ever a top performer in the Kenya Certificate of Secondary Education (KCSE) examinations. It boasts well-known and successful alumni — including top doctors, engineers, politicians and parastatal chiefs.

On Tuesday, police in Kiambu questioned Mr David Kariuki, the then-principal, and one of his deputies, a security officer, a nurse and three other school staffers over the torture reports.

The seriously injured Form One student. whose name we cannot reveal for legal reasons, is said to have been taken to Kikuyu PCEA Mission Hospital near the school bleeding profusely after a particularly savage beating. He was pulled out of the dormitory by prefects at 11.10pm and frogmarched to a classroom, where he was beaten up.

Despite the gravity of the incident, however, the school leadership covered it up and decided not to inform the board of governors as is the standard procedure. It was not until the half-term break this week that the student reported the matter to police, prompting the interrogation on the same day Mr Kariuki left the school for good.

The nurse was picked up for questioning as he was the one who took the boy to hospital while the security officer was on duty during the incident.

Mr Kariuki’s application for early retirement, having attained the age of 50, was accepted by the TSC, prompting him to leave the institution in a cloud of fury from the alumni and the school board, which has called for thorough investigations into the claims.

“Due to inadequate cutlery in the dining hall and the short time allocated for meals, Form One students are used to missing meals as the older boys take all the available cutlery to help themselves to all the food,” says the report, saying the period allowed for meals is only five minutes.

In what, perhaps, best conveys the magnitude of the problem at Kenya’s academic and sports giant, a senior Education ministry officer pulled out his son from the school just last month. A well-informed source told the Nation that when the officer was informed about the torture by his son, he immediately ordered the investigations.

WAKE UP AT NIGHT

During the “induction”, Form One students are forced to wake up at night and clean bathrooms and classrooms as the rest of the students slept. The slow ones are beaten up by the prefects.

The report says the school administration actually admitted to the fact that there was bullying, saying it was part of the school induction programme.

“They step on our backs, tell us to swim on grass and then lie on graves in the school graveyard,” the report quotes one of the Form Ones as saying. “On one night, I remember, I lay on the grave of one of the most famous principals called Carrey Francis Edward.

“We are also denied supper on Saturdays and some of us go without Sunday breakfast.”

Another student spoke of the “induction” tradition, which he said “left me with wounds all over my body while some of my classmates suffered broken hands and legs”. He said senior prefects, together with the rest of the school, kicked out the Form Ones from the dining hall during meals.

Another Form One student narrated how he was woken up at 4am on a Sunday with his classmates and spent the rest of the night at the graveyard.

“Some of the house captains told us they were our gods and that we should worship them,” he said. “They told us to do impossible things — like swimming on grass or hugging light bulbs.”

Another student said he and his classmates were chased around the school at night by prefects armed with whips and belts.

“Some of us were injured,” he said. “Then early the next morning we were woken up at 3am and forced to lie on the graves.”

The boy said he feared the older boys were initiating them into a cult.

PREFECTS UNPOPULAR
The prefects were very unpopular because they were never elected by the student body as is the practice in most schools but just hand-picked by the administration, said the student. He said the school had regular days for “punishment parades and action nights” in which the new students would be beaten up until midnight.

In another account, a student tells of “action nights”, where “I would see with my own eyes every Friday boys being beaten by the so-called makarau (sheng for the police) and house captains.”

He added: “I have even spent countless nights cleaning toilets while suffering beatings from prefects using belts and hockey sticks. Truly, if people could know what goes on at night in this school, they would be shocked.”

Another student said: “I have fallen victim not once but many times. At midnight, students are beaten up with belts during the punishment parade until they shed tears.”

Yet another one said he was woken up at 4am and ordered to sit on a toilet basin and also draw a car and get inside the drawing. He added that when they reported to the teacher, all the prefects got was “a mere verbal warning”. Sometimes they were forced to sing the national and school anthems in a reggae tune, he recalled.

The investigators conducted face-to-face interviews with students, guidance and counselling staff, the boarding master and the principal and his deputies. Students also filled questionnaires.

The team also combed through official documents — including board of management minutes, fees structures and discipline records.

Share thisFacebookTwitterPinterestEmailWhatsAppAlliance High bullying horror gives students mental scars Chilling details of bullying and torture meted out on Form One students by their seniors at Alliance High School, arguably Kenya’s best, can be revealed on Thursday. More than 10 students have reported being beaten up with sticks and electricity cables, slapped and forced to lie