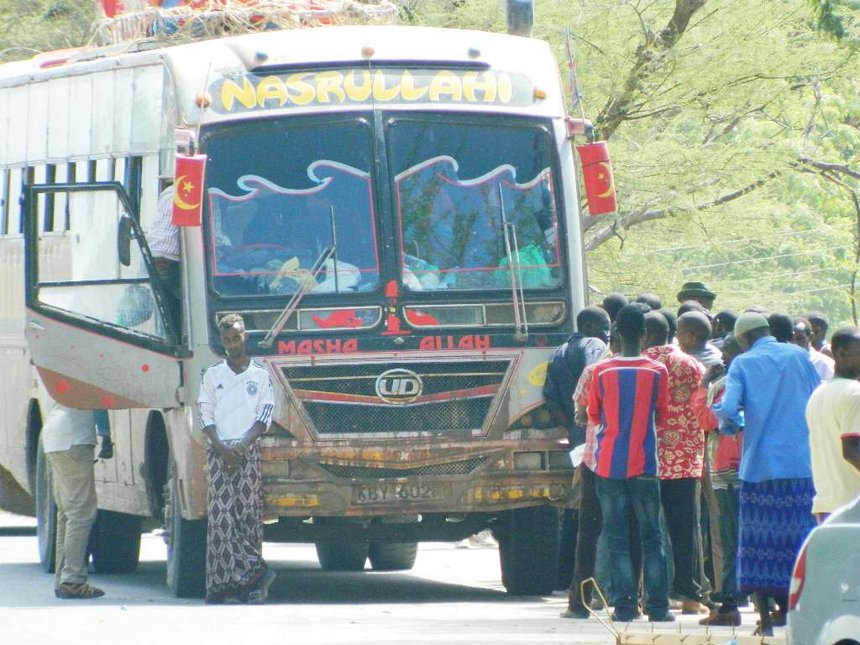 Five officers were injured in the incident in Dabasity, Mandera county, that took place while they escorted a Makkah bus.

Northeastern regional coordinator Mahmoud Saleh told the Star the car the officers were travelling in was destroyed. He said the passengers in the bus were safe.

Governor Ali Roba condemned the attack saying locals shared information about a possible attack but were not taken seriously.

“It is sad that the information had long been shared by locals,” he wrote on his Facebook page.

This is the third attack involving Makkah bus which plies the Nairobi-Mandera route.

In December 2015, gunmen attacked a bus between Kotulo and Dabasiti in Mandera at 7am. The bus had stopped over at Kutulo Wajir following a ban on night travel in the region.

In 2014, a bus was attacked near Mandera by al Shabaab militants who killed 28 non-Muslims travelling to Nairobi for the Christmas holidays.

Atleast 45 al Shabaab militiamen were spotted crossing into the country on May 29.

A leaked intelligence report stated that the militants entered Kenya through the border village of Sugrow at around 2pm.

The Star learned that security organs, including the Kenya Defence Forces, were put on high alert.