A Chinese expatriate whose company is embroiled in controversy over the cancelled Green Field terminal project has been arrested. And the new Kenya Civil Aviation House and Terminal 1A and E at the Jomo Kenyatta International Airport (JKIA) launch, which was scheduled for today, was postponed until further notice, the Ministry of Transport said. Hongyou Huang, alias Yellow, the Vice President of China National Aero-Technology International Engineering Corporation (Catic), is being held at the Kilimani police station over tax evasion claims. 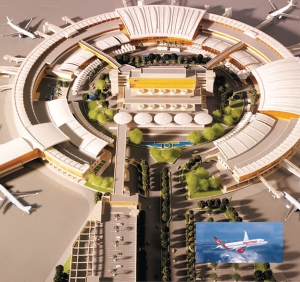 Mr Huang may be deported if the allegations are confirmed to be true. Authorities will make a decision on the way forward today. Visitors were not allowed to see him at the station. “The official commissioning of KCAA (Kenya Civil Aviation Authority) Hse, Terminal 1A & E at JKIA, scheduled for Monday has been postponed till further notice,” the ministry said in a tweet.
Read more at: http://www.standardmedia.co.ke