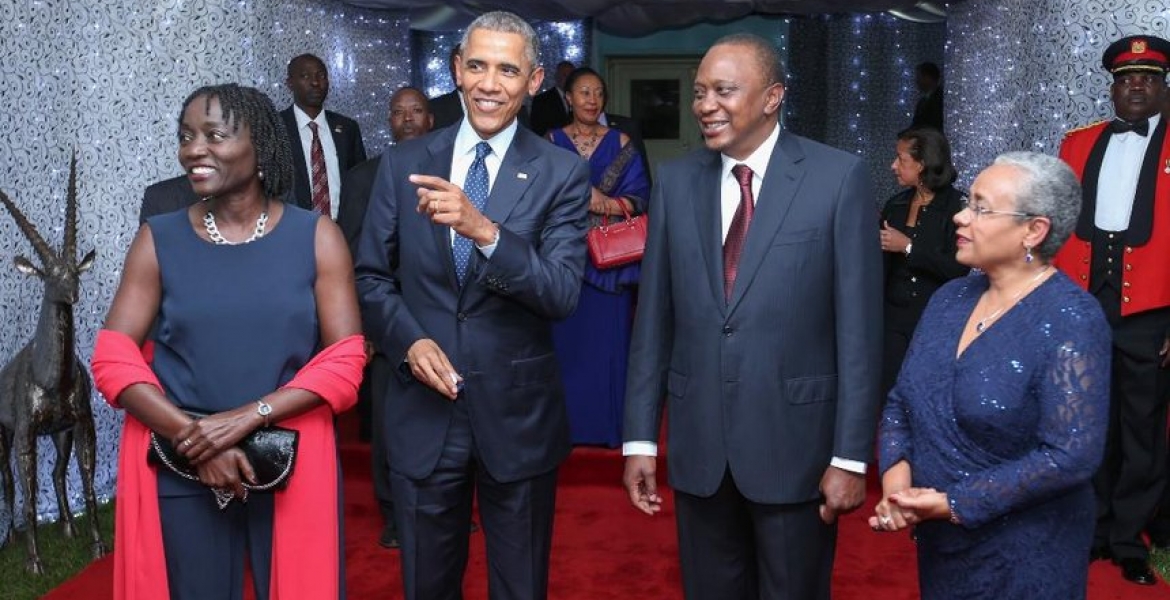 More than 400 dignitaries will be accompanying former US President Barack Obama during his trip to Kenya this weekend.

Obama is expected to preside over the official launch of Sauti Kuu Foundation’s Sports and Vocation training centre at Kogelo in Siaya County on July 16th.

Speaking to the press on Thursday, Auma Obama, half-sister to Barack Obama and the founder of Sauti Kuu Foundation said more than 1,000 guests will be attending the function.

“Obama has always supported me and I will be happy when he joins his sister on this big day to set up the new Sports, Resource and Vocational Training Centre on Monday,” Auma said.

Some of the facilities in the centre include a library, a football pitch, volleyball and basketball courts among others.

“We need our children to read because they go to school and learn a language that is not their first, second or third language and they are expected to pass exams and this is in the rural area,” she said.

“We are not trying to get a Victor Wanyama or Dennis Oliech from there, but that is a bonus if it happens,” Auma said.

A Vocational centre at the facility will be offering different courses including machinery, electrics, plumbing, welding and carpentry.

“It is very hard to get a good plumber, electrician, welder because people are doing these jobs reluctantly. In Europe, you wait for a plumber for six months just to come and look before anything else,” she said.

Obama will hold talks with President Kenyatta at State House in Nairobi before traveling to his ancestral village. He will then travel to South  Africa later in the day.