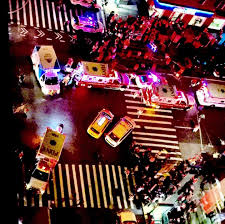 While the blast was “intentional,” there is “no credible threat against New York City,” the mayor said. 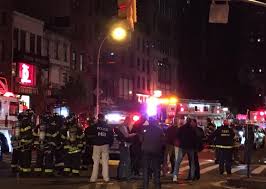 NEW YORK ― Authorities are investigating a powerful explosion that rocked Manhattan’s busy Chelsea neighborhood Saturday night, blowing out windows of a building and leaving 29 injured. The source of the blast was not immediately clear, authorities said.

Early indications are that the explosion was “an intentional act,” said Mayor Bill de Blasio, speaking at a press conference shortly before midnight. He added that “there is no evidence at this point of a terror connection.”

“There is no specific and credible threat against New York City at this time,” he emphasized.

All the injured are expected to survive, he said, although there were “significant” injuries.READ MORE

29 Injured In Explosion In Manhattan’s Chelsea Neighborhood Reviewed by samrack on September 18, 2016 .