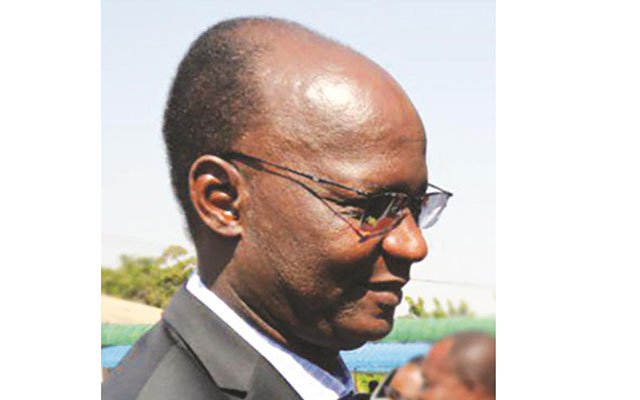 A news report by the Daily Nation, Kenya’s largest circulating daily with a readership of over 170 000, quoted an unnamed security source as saying Prof Moyo had not been cleared of the fraud charges.

“In 2001, Mr Moyo was implicated in a corruption scandal involving about $6 million (Sh619.9 million) while he was the programme director in Nairobi for the American-based charity organisation, Ford Foundation. The money was meant for a Nairobi-based NGO, the Series on Alternative Research in East Africa Trust, which was founded by political scientist Mutahi Ngunyi,” said the Nation in the report.

“An audit report carried out in 2000 revealed that Mr Moyo used the money for unclear purposes,” it said.

“A top security source in the country, who declined to be quoted, said Mr Moyo fled the country before the case was concluded and, therefore, remains a wanted man in Kenya,” it added.

However, senior Kenyan government officials interviewed by the paper — who include government spokesman Mr Eric Kiraithe, the Interior ministry spokesman, Mr Mwenda Njoka and Mr Edwin Limo, the spokesman for the Foreign Affairs ministry — refuted media suggestions that Prof Moyo was in Kenya.

Mr Kiraithe told Kenya the Nation that: “I would have known if he was in the country. Political asylum is a security issue and his request would have been processed by the NSAC (National Security Advisory Council) and the Cabinet.”

Similarly, Mr Njoka reportedly noted that Kenya’s immigration authorities had confirmed that Prof Moyo was not in Kenya.

Professor Moyo is suspected to have skipped the border soon after the Zimbabwe Defence Forces launched what they termed Operation Restore Legacy to deal with a cabal of criminals around then President Robert Mugabe in mid-November last year. There have been media reports suggesting that he is in Kenya, a claim the authorities there have just rejected.

The fugitive professor has been using his Twitter handle to attack the new administration in Harare although his location remains unknown.

Professor Moyo was arrested by Zimbabwean authorities on November 2, 2016 for alleged abuse of office and misappropriating over $400 000 in Zimbabwe Manpower Development (Zimdef) funds.

Investigators from the Zimbabwe Anti-Corruption Commission allege that the offence was committed when $95 800 was transferred from Zimdef to Wishbone Trading, a company owned Dr Gandawa, through CABS.

Dr Gandawa received $20 000 through his personal Barclays account after which he transferred $19 030 to HIB Rajput PL T/A Ace Cycles Dr Gandawa then transferred $27 550 to SKM Motorcycles for 10 tri-cycles for Prof Moyo and the balance was withdrawn in cash.

He also transferred $12 900 to Wisebone Trading as capital to finance his personal business and the remainder was withdrawn in cash.

ZACC documents further indicate that the Commission investigating a separate case in which Prof Moyo and Dr Gandawa are suspected of getting Zimdef to release 100 000 litres of diesel worth $118 500, fuel which was then diverted to the black market.

The fuel, it is claimed, was requested by the Zimbabwe Youth Council on July 26 for a “skills gap assessment programme. ”

Dr Gandawa recommended the allocation and Prof Moyo gave his approval on August 4, 2016.

Jonathan Moyo wanted in Kenya Reviewed by samrack on January 7, 2018 .