he recent fires at Moi Girls School, Nairobi and St Georges Girls shifted focus to secondary schools, the mental health of students and their safety away from overtaxed parents.

But the two are not as old as Nairobi School, which was established in 1902 as European Nairobi School comprising of a few rooms around what is today the Nairobi Railway Station.

But 14 years later, it was moved to the current spot where Nairobi Primary School sits in what was then called Protectorate Road, now Mamlaka Road.

Fortunes changed for the school when Sir Edward Grigg became the Governor of Kenya in 1925 when there was demand for a senior boys’ school.

Sir Grigg contracted Sir Herbert Baker, the eminent architect, to design the school after the Winchester Public School where Sir Grigg was an alumnus.

He admired its uniform (which explains why Nairobi School has one of the best uniforms in the country) and the discipline which was fleshed from the navy.

In his bio, ‘Architecture and Personalities’ published in 1944, Sir Baker recalled that, “The Governor and Director of Education were much concerned to provide a healthy education for the European youth under the conditions of the climate. So, with their encouragement, I designed a school at Nairobi with a crypt as a playground, like the undercroft of Wren’s library at Trinity College, Cambridge where the boys could stay at mid-day instead of going home under the vertical rays of the sun.” 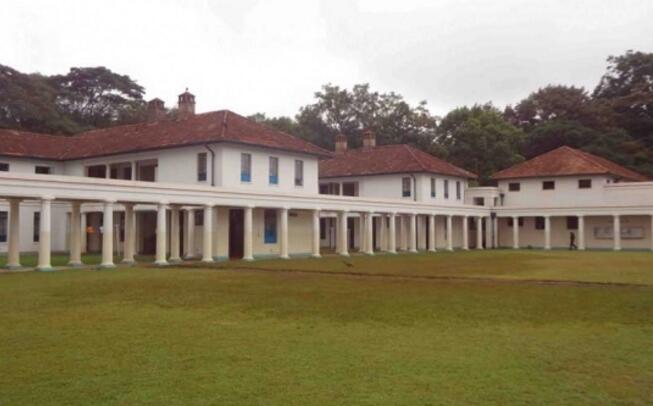 The foundation stone was laid by Sir Grigg on 24 September 1929, and Kabete Boys Secondary opened in 1931.

The headmaster felt the name was too clumsy and changed it to Prince of Wales School. And though it’s today nicknamed ‘Patch,’ the old name of Wales was Cambria and hence old boys are members of ‘Old Cambrian Society.’ It changed to Nairobi School in 1965.

Did you know that a copy of the East African Standard newspaper and some coins were placed under the foundation stone? The coins and newspaper had the date and year in which the stone was laid in a ‘time capsule’ custom not only meant to connote the year of construction, but also to bring good luck.

This was a Masonic tradition dating back centuries when human sacrifice and later animal sacrifice became the norm. But Freemasons replaced blood with corn, oil and wine and later a book, newspaper or coin of the day as ‘protective ghosts,’ according to ‘The Masonic Trowel’.

Sir Baker was a Freemason who also designed State House Mombasa, the Nairobi Law Courts and Jamhuri High School. He continues: “…all the detached classrooms and houses were designed and built with connecting colonnades, in which respect I followed the excellent example set by President Jefferson in his beautiful University of Virginia.”

In her book, ‘White Man’s Country: The Making of Kenya,’ Elspeth Huxley noted that these schools were “solid, enduring buildings, walls of whitewashed stone and roofs of red close-socketed tiles, cool, open balconies and lofty rooms; they dominated the little up-country towns, still in the chrysalis stage of hotly shining corrugated iron, near which they were built.”

The onset of World War II in 1939 coincided with increased enrolment. But the war led to a shortage of cement in Kenya, hence the wooden classrooms and ‘mabati’ dormitories. Fear that Italians might bomb the school saw boys transferred to Lake Hotel in Naivasha.