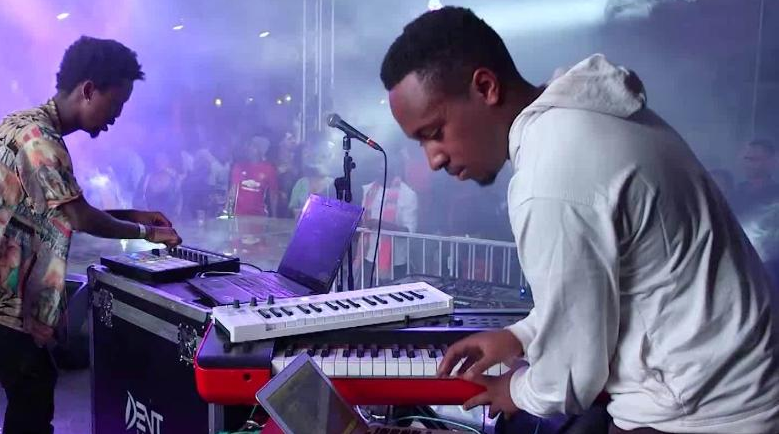 Kenya’s music industry is creeping onto the radar of the dance music world.

In 2017, top American DJ Diplo performed to a sellout crowd in a watershed moment for the Kenyan electronic music scene.
“We had about 3,800 people there. It was probably one of the biggest concerts Kenya has seen in terms of production,” Rizwan Ibrahim, founder of “Kenya Nights” and organizer of the event, told CNN.
It’s the second time his company has brought Diplo to the East African nation, a place with a growing appetite for bass and beats.
The festival industry is also prospering. The annual new year’s party, Kilifi New Year, on the coast of Kenya is attracting large crowds.
“Four years ago we were on a volleyball court with the backpackers and there were maybe 300 to 400 people. This year we are moving to a 20 acre site and we’re looking at about 2,000 to 3,000 people,” organizer Matt Swallow told CNN.
However, finding suitable spaces for this type of sound is not easy. “There’s not so many venues that cater for this kind of music. I mean there is a lot of venues around Nairobi but not so many that are going to go for the underground,” Swallow said.
According to a report from the International Music Summit, in 2017 the global electronic music industry was worth $7.4 billion. Music venues are sprouting in Kenya to support this growing industry.
Peng Chen opened the Alchemist Bar, a creative event space in Nairobi, in 2016 and has made electronic music a cornerstone of the spot, and he’s not the first.
“Now we have three, four or five different places where different electronic music groups can come and play,” Chen told CNN. These spaces provide electronic music artists the chance to collaborate. “I think what’s great about Nairobi, especially in the last few years, is this collaborative effort that everybody has brought in,” Chen said.
One of the electronic music groups Chen collaborates with is EA Wave. As well as providing a space for the newest sounds, they want to make it a financially viable project. “Our smaller events costs us maybe about $1,000 – $1,500 to do. And this one is costing maybe $5,000 to $6,000 dollars. And the profit margin usually be somewhere like $1,000 which we put back into an account and reinvest,” Ukweli, producer at EA Wave, told CNN.
The Kenyan electronic music scene sure is making noise.
Source:https://citizentv.co.ke/
Inside Kenya’s electronic music industry Reviewed by samrack on April 28, 2018 .