What will I miss about Ireland back home in Kenya? Flahavan’s porridge, Barry’s tea 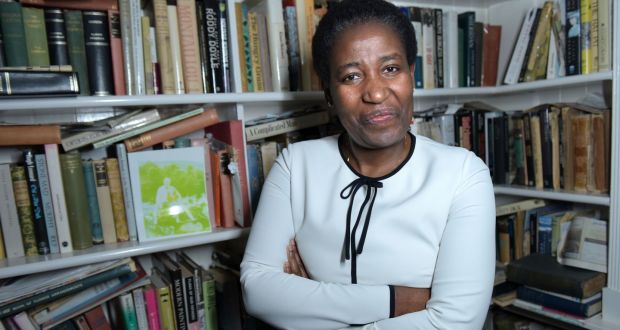 What will I miss about Ireland back home in Kenya? Flahavan’s porridge, Barry’s tea

When Caroline Munyi was six-years-old she was fostered by a family in the Netherlands. She wasn’t an orphan and had two loving parents – her mother was a teacher and her father was a civil servant. However, when an aid worker from the Plan International charity turned up at Munyi’s school and told the students about a fostering project with European families thousands of miles away, she was eager to get involved.

“We started writing letters to our foster parents and mine were in the Netherlands. I always looked forward to it, it gave me a chance to interact with people in far off countries. It exposed me to something different and showed me there was another life out there. I could see there was a better life.”

When Munyi left the Plan International-sponsored school aged 10 to begin boarding school, she had made up her mind. She no longer wanted to be a teacher like her mother or a banker like her aunt. “It was at that time I decided I wanted to be a social worker.”

As soon as she graduated from high school, Munyi applied for a job with Plan International in her home town and began helping with correspondence between overseas donors and the charity’s projects in Kenya. She then moved into a job with the German charity, Caritas International, working with rural communities in the surrounding region.

“That’s when my eyes opened up to the broader issue of poverty, women’s rights, Aids and HIV. We had to find ways of making these issues alive for people. That type of work makes you very patient and tolerant. You have to be willing to learn from the people around you, from the communities you’re trying to help.”

Sometimes, no matter how much you talk to women they are powerless. We were just preaching to the converted, we needed to get the message to men

While Munyi loved her work, she often felt frustrated by the barriers which prevented the charity from bringing about real change in people’s lives. It was emotionally draining to witness young women dying from Aids despite the group’s attempts to provide education and health programmes to local communities. “Not being able to break that cycle of poverty can be very frustrating. Sometimes, no matter how much you talk to women they are powerless. We were just preaching to the converted, we needed to get the message to men.”

Eager to build her expertise in the aid sector, Munyi moved to Uganda in 2000 to study a diploma in social care. She returned to Kenya to continue her work but in the mid-2000s she began looking further afield to continue her studies. On the advice of colleagues she applied to two BA programmes – one in Nova Scotia in Canada and the other at the Kimmage Development Studies Centre in Dublin. In 2007 she was offered a scholarship to study in Kimmage and in September of that year she arrived in Ireland.

“I arrived on a very sunny day in September. It looked so warm outside so I went out to the shop wearing just a blouse and jeans. The shop was just three minutes away but by the time I got there I was freezing and took a taxi back to my house. I’ll never forget how I felt in that moment.” Munyi also struggled with the taste of Irish food. “It took me a while to get used to the food here. I also came when winter was just beginning so I had to learn how to dress myself warmly and eat well.”

After completing her BA in international development, Munyi began an MPhil in International Peace Studies at Trinity College and subsequently embarked on a PhD in masculinity and gender-based violence. Shortly before handing in her thesis, she began working with Akidwa, the national network of migrant women on their Female Genital Mutilation (FGM) programme. Ireland had only recently passed the Criminal Justice (Female Genital Mutilation) Act 2012 which made it a criminal offence for someone resident in Ireland to carry out the practice of cutting a girl’s genitalia. The act also made it criminal offence for a person resident in Ireland to take a girl abroad to undergo FGM.

“It’s important that Irish people have a strong awareness of what FGM is because we have people migrating here from countries where this practice is the norm. It’s also important that health workers, nurses and doctors in places like the Coombe and the Rotunda, know how to help these women.”

My main motivation for coming here was to study, do my research and upskill so I could work with communities back in Africa and apply my knowledge

Last year Munyi, who now works with the Action Aid charity, ran a 12-week education programme in Cork for migrants living in direct provision about the dangers of practicing FGM. “People who come here from communities where this practice is the norm must know first and foremost that FGM is a human rights violation and that it has consequences in the short, medium and long term. It takes a while but you see people changing their thinking about it gradually and by the sixth session we could seen mindsets starting to shift.”

After more than a decade in Ireland, Munyi is now seriously considering returning to Kenya. “My main motivation for coming here was to study, do my research and upskill so I could work with communities back in Africa and apply my knowledge. When I set out, the plan was always that I would go back at some point.”

“I’ve been here for 10 years, I have my friends and Ireland is like home for me but I feel leaving has to be done now. I need to go back and look for a job in my sector and restart the work I was doing in Kenya.”

And what will Munyi miss most about Ireland when she leaves? “This will sound very funny but I’ll miss Flahavan’s porridge oats. When I first came here I would always ask friends from Kenya to bring me spices for my food when they visited. But now I love Irish food. When I go back to Kenya if ever someone comes from Ireland they’ll have to bring Flahavan’s and Barry’s tea with them.”

What will I miss about Ireland back home in Kenya? Flahavan’s porridge, Barry’s tea Reviewed by samrack on February 28, 2018 .

Share thisFacebookTwitterPinterestEmailWhatsApp Caroline Muyni project co-ordinator at Actionaid. Photograph: Bryan Meade   What will I miss about Ireland back home in Kenya? Flahavan’s porridge, Barry’s tea When Caroline Munyi was six-years-old she was fostered by a family in the Netherlands. She wasn’t an orphan and had two loving parents – her mother was a teacher and