How super-rich’s appetite for luxury drives up home costs 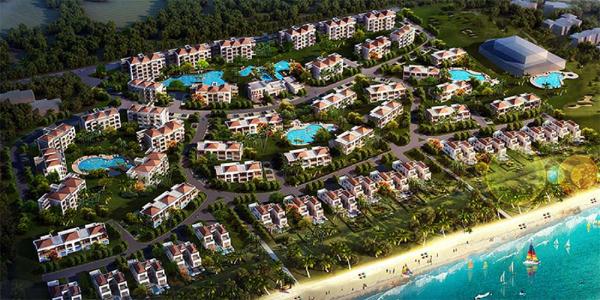 Sultan Palace homes in Kikambala, Kilifi County. Villas are selling at Sh80 million each and so far, six of the 11 houses have been sold. photo | courtesy

How super-rich’s appetite for luxury drives up home costs

Kenyan property dealers’ penchant for luxurious and exclusive residences in the cities of Nairobi and Mombasa has strummed an interesting high price chord.

Cytonn Investment’s Sh1 billion Amara Ridge gated community in Nairobi’s Karen where 10 villas were built on a half-acre parcel each was snapped up five months before its completion.

Each unit sold at an average of Sh100 million with those opting to buy in cash parting with Sh95 million, instalment purchasers paid Sh105 million while those who sought mortgages were charged Sh118 million.

China Jiangsu Construction Company’s Sh5 billion investment – Sultan Palace beachfront residences – in which six of the 11 one-storeyed villas have been sold at Sh80 million each, sits on 43 acres boasting a 700-metre long frontage to the Indian Ocean at Kikambala, Kilifi County.

According to the firm’s website, buyers will enjoy access to five swimming pools, a waterpark, round-the-clock security as well as a fully equipped gym and a clubhouse.

Standalone town houses with three bedrooms have been priced at Sh36 million while one- and two- bedroom apartments built on multi-storeyed blocks are going for Sh10 million and Sh20 million respectively.

Homes are slowly becoming the new currency and an expression of opulence. The super-rich want to reside in homes that reveal the trappings of luxury.

“The rise of luxurious homes has been facilitated by the growing middle class, who are willing to pay premium prices for high-end houses. Developers are tapping into this market segment, which has a higher spending power, by constructing houses with quality finishes and fittings with a modern feel,” said Mr Dan Karua, managing director of real estate portal Lamudi Kenya.

An earlier research by estate agents Knight Frank and Citi Private Wealth Fund found that Nairobi had the most prime residential market in the world. The high-end residential bubble continues to rise despite critics regularly predicting its doom.

The firm’s business development director Edward Davis said real estate developers had been forced to include heated swimming pools as a value addition to attract customers.

“Prospective buyers or tenants are selective on the add-ons. A heated pool is more attractive than the traditional cold pool. Kenyans also want to swim at any time within the confines of their homes,” he said.

And hospitality group, Hemingways Collection, announced last week that three units of its upcoming private villas had been sold at between Sh45 million and Sh145 million.

Hemingways Watamu operations manager Melinda Rees described the multimillion shilling sale as a major boost, saying the trend for wealthy Kenyans and visiting families was to stay in their own apartments akin to their private residences back home.

The appetite for luxurious homes that money can buy is far from over as a new development in Nairobi’s Karen, Deerparkis, will soon complete its 10-villa gated community where each property will retail at Sh115 million.

A survey on the emerging trend shows home buyers or tenants want an “experience” available around the clock with facilities such as heated swimming pools, jacuzzis, saunas, well-manicured gardens, gyms and club houses.

The demand for finer building materials and furniture has led to foreign firms from Italy, China, Brazil, Britain and Spain opening Kenyan subsidiaries, seeking to cash in on the growing number of Kenyans flying abroad to buy their products.

According to property dealer, Knight Frank, 63 per cent of wealthy foreigners looking for elite education for their children seeking homes in Kenya were Britons, South Africans (16 per cent) followed by Spaniards, Mauritians and Americans.

“We also see a sizeable number of Italians and other nationalities drawn to the Coast around Malindi, Watamu and Lamu, as well as the countryside such as in Nanyuki, close to Mt Kenya, and within private game conservancies,” the report noted.

The trend seems also to be picking among Kenyans who are opting for exclusive islands on leasing and rental basis either at the Coast or inland isles. Property owners can lease land for Sh20,000 to Sh500,000 per year depending on the size.

This is a remarkable change from a few years back when places such as Malindi, Watamu, Funzi and adjoining areas were almost a preserve for Italians.

How super-rich’s appetite for luxury drives up home costs Reviewed by samrack on February 28, 2018 .

Sultan Palace homes in Kikambala, Kilifi County. Villas are selling at Sh80 million each and so far, six of the 11 houses have been sold. photo | courtesy  How super-rich’s appetite for luxury drives up home costs Kenyan property dealers’ penchant for luxurious and exclusive residences in the cities of Nairobi and Mombasa has strummed