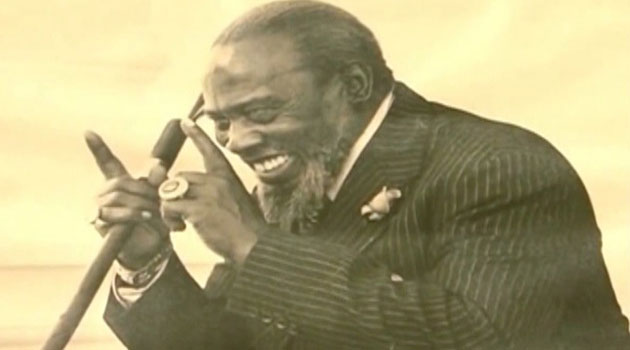 Major Madoka says Mzee Jomo Kenyatta was fatherly, loving, caring and a person who appreciated what people did for him and for the nation/FILE

By KAZUNGU CHAI, NAIROBI, Kenya, Aug 21 – Hussein Abdalla, a 77-year-old resident of Shauri Moyo, remembers the day he received news of the death of Mzee Jomo Kenyatta, the country’s founding father. He was at his place of work at Kariokor Market, selling his wares, when the one o’clock Voice of Kenya (VOK) radio bulletin broke the sad news.

“People huddled in groups of three, four and fives speaking in low voices when we received the sad news that day.
So revered was Mzee Jomo Kenyatta that we could not see Kenya without him,” Abdalla remembers that day, 38 years ago.

Those who knew him at close range, and those who had the opportunity to work with him, they respected Mzee Jomo Kenyatta as a great man of enormous influence and outstanding ability. One such person is Major (Rtd) Marsden Madoka, who served the nation’s founding father as an Aide-de-Camp (ADC).

Major Madoka says Mzee Jomo Kenyatta was fatherly, loving, caring and a person who appreciated what people did for him and for the nation. But he was also thorough and a stickler for perfection and discipline, Madoka says.

Interviewed at his Karen home, the retired soldier says “Mzee was very thorough. He interviewed me himself for the job. In the past the ADC’s were not interviewed. They were appointed by the Army Commander and told to go. But this time, Mzee insisted on interviewing his candidates.”

He adds: “I was the tenth one to be interviewed and he picked me. That, in itself, was a great privilege to me but it also went a long way in saying how thorough Mzee was.”

Madoka points out that although he was initially awe-stricken, working for the Head of State, Mzee Jomo Kenyatta treated him like a son. Through the confidence he showed in him, Madoka felt comfortable working for Mzee Kenyatta.

And as he continued to serve as ADC, other qualities of the founding father emerged. Madoka learned that although people feared him, Mzee Jomo Kenyatta was a very patient and understanding person. He was also a person who respected the views of other people.

Days passed very fast, and the initial six-month period that was set for ADCs to serve the Head of State in those days passed. Because Mzee Jomo Kenyatta liked him, he asked Madoka to stay another six months.

It was difficult for Mzee Jomo Kenyatta to let go a person he had come to like, but because the founding father respected the views of other people, he allowed Madoka to go back to the army.

“So you can see that Mzee was understanding and he respected the views of others including those serving under him. He gave me the opportunity to do what I wanted,” Madoka says.

Madoka recalls that the late Paul Ngei had been fired for some mistake he had made, but Mzee did not want to relieve him of his duties because they had been in detention together.

“There was that bond of friendship between the two of them. Mzee did not quite want to let him go. So you can see he is a man who cared for his friends, for the people who had helped him. That is one aspect that many people were not quite appreciative of,” Madoka says.

But he maintains it is unfortunate that people misunderstood MzeeJomo Kenyatta. Contrary to the perception many people had, Mzee was not harsh. He was actually a very kind and understanding person.

Madoka concludes: “Occasionally, of course, in some public barazas, Mzee would say some hard things but as President, Mzee addressed the issues which faced the nation.”

“When he was telling people to go back and plough their land instead of just hanging around, I think it is because he wanted to see a country where people were educated and where people had proper health facilities. His vision was to see a well-developed country where all Kenyans were well taken care of,” Madoka says.

According to Madoka, Mzee Jomo Kenyatta’s legacy was to see Kenyans working together. The founding father believed that the country could not progress if people were divided.

On her part, Mrs Elizabeth Mumbi Madoka, who served the first President and his family as a social secretary, says Mzee Jomo Kenyatta loved his family and always created time for them despite his busy schedule as Head of State.

Mrs Madoka also commends the founding father’s motto of Harambee as a driving force that saw the implementation of many projects during the country’s infant stages.

“He believed that for the country to progress, people had to work hard, earn their living and not wait for hand outs from the Government,” Mrs Madoka says.

Mrs Madoka says Kenyans loved Mzee Jomo Kenyatta and could not believe that he had died when they received the news. As proof of their love and loyalty to the founding father, many people lined up to view his body at State House, Nairobi.

Mrs Wanjiru Macharia is one of those who thronged State House to pay her last respects to the founding father. She remembers queuing for hours to get a chance to view the body which lay in state at State House. She had woken up early and walked from her home in Thogoto so that she could be among the first people to view the body of the founding father of the nation but that was not to be. By the time she got to State House at 6.30 a.m., she found a long queue.

“We loved and respected our President, the father of the nation. We were filled with epic grief. We had to pay our last respects to him,” Mrs Macharia says from her home in Thogoto.

She adds: “Many many people came to have a last glance at our beloved leader. Some walked, others travelled by bus from all corners of the country.”

Mzee Jomo Kenyatta died on 22 August 1978 at around 2.30 AM at State House, Mombasa. Later in the day, his body was flown to State House, Nairobi where it lay in state for eight days. It is estimated that close to 720,000 people viewed the body in those eight days, with about 90,000 viewers each day.

As MzeeJomo Kenyatta’s family, led by President Uhuru Kenyatta, lays wreaths at his mausoleum next to Parliament Buildings in Nairobi on Monday, and later hold a memorial service at Holy Family Basilica, Kenya will be honouring an icon, a great leader and a legend who paved the way for all that is great in Kenya today.

All Kenyans are invited to join the first family at the Holy Family Basilica for the commemoration service at 10.00 a.m. on Monday, 22nd August 2016.

Major Madoka says Mzee Jomo Kenyatta was fatherly, loving, caring and a person who appreciated what people did for him and for the nation/FILE Kenyans remember Mzee Jomo Kenyatta with admiration By KAZUNGU CHAI, NAIROBI, Kenya, Aug 21 – Hussein Abdalla, a 77-year-old resident of Shauri Moyo, remembers the day he received news of the death of