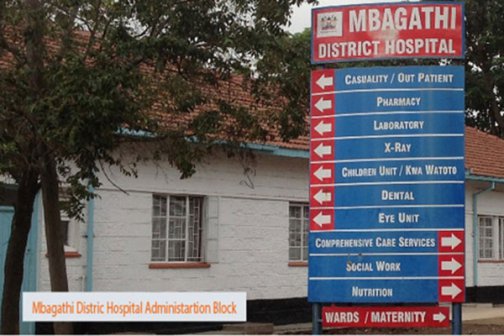 The public outrage that greeted last week’s death of a man on a wheelchair at the Mbagathi District Hospital in Nairobi as his family waited for doctors to attend to him, was expected. Largely because this was not the first time it was happening. The circumstances under which Bernard Odhiambo, a barber, lost his life is the subject of a probe by the Medical Practitioners and Dentists Board. The death of Mr Odhiambo is one more indictment of the bad state of health care in public facilities. Ironically, Mr Odhiambo had been transferred from Mama Lucy Kibaki Hospital, another tax-funded hospital battling negative publicity. Health Cabinet Secretary Cleopa Mailu’s unannounced visit to Kenyatta National Hospital in June laid bare the sad state of things in what is supposed to be the region’s biggest referral hospital. He promised action to get KNH back on its feet in what is quickly becoming a classic case of mismanagement. The narrative in all public hospitals is as troubling. Public hospitals are the new death traps where caregivers are grossly negligent, often treating patients with utter shabbiness. Had a doctor attended to Mr Odhiambo in the first 53 minutes he was brought to the facility, perhaps his life would have been saved. Tax-funded hospitals exist to provide cheap, reliable health services to those who cannot afford private healthcare. Of the Sh2 trillion national budget, health services will receive Sh60.8 billion, half of which will go into buying hospital equipment and development. That should make things better. And while it is easy to cast the first stone, there are legitimate issues and concerns that need to be addressed. Doctors are only second to teachers in the perturbing frequency of industrial action by public officials. That level of discontent says a lot and consequently, calls for action. No doubt, most doctors work selflessly to save the lives of patients. But the worrying level of apathy sullies that great image.
Read more at: http://www.standardmedia.co.ke

Share thisFacebookTwitterPinterestEmailWhatsAppKenya hospitals’ poor state calls for stern action  The public outrage that greeted last week’s death of a man on a wheelchair at the Mbagathi District Hospital in Nairobi as his family waited for doctors to attend to him, was expected. Largely because this was not the first time it was happening. The circumstances